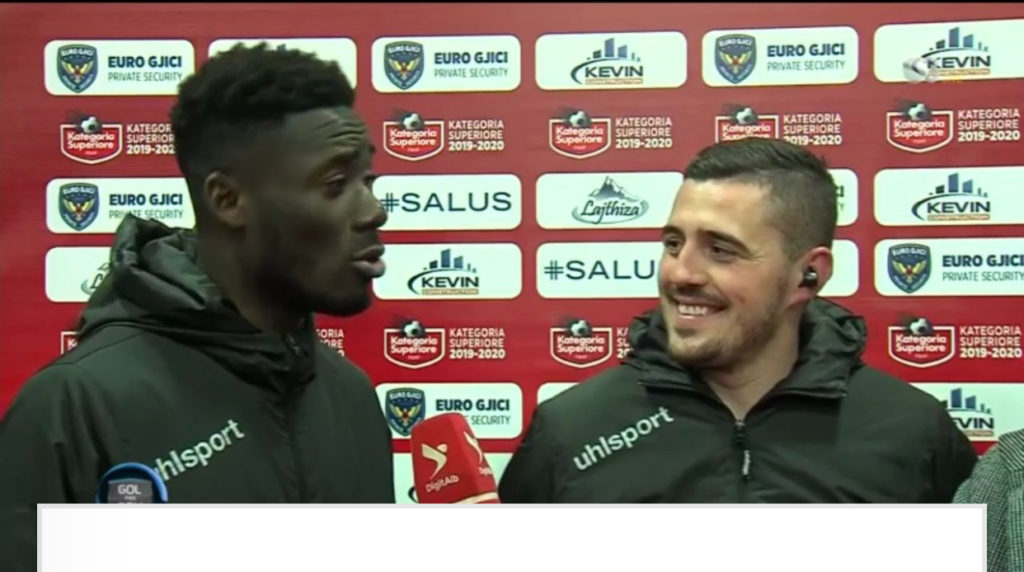 KF Tirana midfielder Winful Cobbina believes his outfit have a formidable team to overcome KF Partizani in Friday’s Tirana derby encounter. KF Tirana are the verge of adding this season’s Albanian Premier League title to their collection after leading the pack with 44 points from 23 matches.

The Blue and White lads are looking to stretch their advantage on the standings but would have to negotiate their way past fiercest rivals Partizani to achieve that aim when the two teams square off on Friday.

Speaking ahead of the crunch clash, Cobbina was coy to predict the result but claimed they have what it takes to emerge victorious on the day.

"The derby? We get the matches one after the other. We won with Kukes. I'm very confident in our strength, we're in good shape. I cannot make such statements that we win or score, for the very characteristics of a derby match. We can say we don't lose,”Cobbina told /abcnews.al

KF Tirana are the most successful and decorated club in Albania, having won 24 league titles, which is a national record.