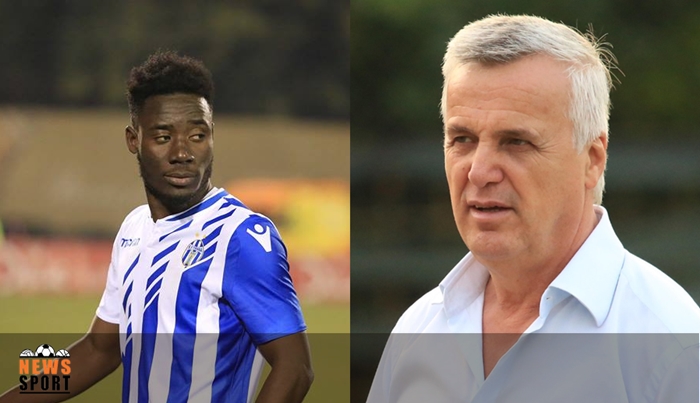 KF Tirana live-wire Winful Cobbinah has found himself at the wrong side of betting after failing to score during their draw encounter against Partizani Tirana in the Albanian top-flight on Friday.

Cobbinah’s superlative performances this season in the Albanian Premier League has earned him a cult hero status at KF Tirana.

The silky midfielder importance to the team came to the fore once again prior to their much-anticipated Tirana derby against sworn rivals Partizani Tirana, after club president Refik Halili made him a mouth-watering betting offer.

The president paid a visit to the players at the club’s training ground on Wednesday and promised to gift the 28-year-old midfielder any amount he desires should he score or chalk high ratings in the match against Partizani on Friday.

“As much as you want, if you score in the derby, you decide the amount and you have won the bet. You are even a winner even if you play well and Tirana wins the match,” Halili told the Ghana midfielder.

However, the Ghana international could not live up to any of the terms proposed by the president as he failed to find the back of the twine nor score high marks in the game.

Cobbinah has plundered 7 goals and provided 8 assists in 28 matches so far this campaign.