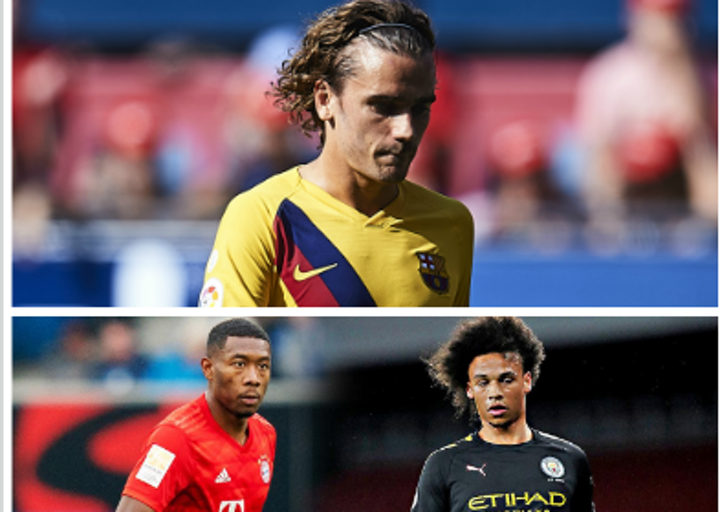 Prince Charles has tested positive for the coronavirus, the palace announced Wednesday morning.

All Football brings you the daily summary of the biggest developments in the global coronavirus outbreak and how it is affecting football.

Chelsea's search for a new goalkeeper has been given a boost as Ter Stegen is stalling over a new contract offer at Barcelona, according to Football London.

Barcelona are prepared to see up to eight players leave the club this summer as part of a ruthless overhaul of their first-team squad.

A David Alaba - Leroy Sane swap deal was being considered by both Bayern and Manchester City, according to Bild & Sport 1.

Barcelona transfers outs - who will be sold off?

Barcelona need to make bank and there are eight players who are on the exit ramp because they aren't performing at the right level or just aren't part of the project for next season. Those who are being loaned out right now also may find it hard to get a place. They have market value and this could be the perfect moment to sell given the coronavirus inspired economic crisis.

Cristiano Ronaldo has been slammed for breaking the Juventus quarantine and heading home to 'take pictures in the pool' during the coronavirus outbreak.

Pulisic 'ready to go' after injury whenever Premier League returns

Christian Pulisic says he is "ready to go" when football returns following the coronavirus pandemic.

Erling Haaland's father, Alfe-Inge, has taken a swipe at Manchester United by claiming his son chose Borussia Dortmund because 'the whole club' wanted him.

During the days we must stay at home without matches to watch, let us start an online-travel to go into the most beautiful stadiums in the world and their charming cities. Our second station, is London's famous football stadiums.

Sancho, Felix & Mbappe... 20 wonderkids primed to be best of next decade

The new decade of football is on lockdown after the coronavirus pandemic brought the sport to standstill.

Age Battle Episode 9: Who is the best defender at 23 years old?

Hello AFers, Welcome to our Age Battle. We select the elite players from each age group for AFers to decide the best one starting from 17 years old and finishing with 40+.

Mythbuster: Would Messi really struggle in the Premier League?

It is a long time since anyone paid much attention to Andy Gray.

Koeman the most prolific defenders in football history with 253 goals, Ramos 5th

The Netherlands' legend Koeman is the most goalscoring defender in football history, he scored 253 goals in his career. Let'stake a look at top 5 most prolific defenders.

UCL streaker Kinsey Wolanski is making the most of being stranded in the Bahamas.

Manchester United have had some distinctive third kit designs in recent years and that trend will continue next season according to a leaked image of the 2020/21 Premier League season's third shirt.

A leaked WhatsApp message by Manchester United star Bruno Fernandes shows the Portuguese is not afraid to hit out at his own team-mates.

Chelsea's £1BILLION plan to expand Stamford Bridge's capacity to 60,000 are over

March 2020 marks the expiry of planning permission to expand Stamford Bridge to a 60,000 capacity at the cost of up to £1 billion. Chelsea owner Roman Abramovich's redevelopment project is not yet dead in the water but it may have to begin again from scratch with no official update being given to the public.