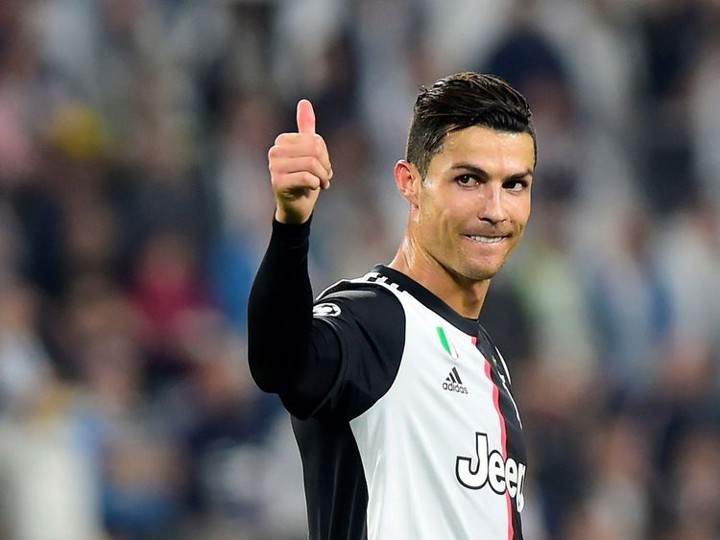 Minister for Sport Vincenzo Spadafora confirms Serie A could resume ‘on June 13 or 20,’ while there is the possibility of showing games free to air on television.

Lionel Messi has revealed how he 'wanted to leave' Barcelona in 2016 due to the scrutiny on him amid a tax row with the Spanish government.

Arsenal have reportedly opened talks with the agent of Barcelona midfielder Philippe Coutinho ahead of launching a bid this summer.

Tebas: La Liga's hope is to return on June 11 with Sevilla vs Real Betis

LaLiga president Javier Tebas has confirmed that Spanish football is hoping to return on June 11 with a Seville derby to restart the league.

Miss Bumbum Suzy Cortez has snubbed her hero Lionel Messi in favour of showing off her curves in a David Beckham shirt.

Asensio almost recovered & confident about return since suffering injury in 2019

On July 24, 2019, Marco Asensio suffered an ACL injury during Real Madrid's pre-season that was set to rule him out for close to the entire 2019/20 campaign.

Manchester United's away kit for next season has reportedly been leaked online in a set of new pictures.

After rumurs in the Italian media about the future of Barcelona midfielder Arthur, his people have got in touch with Diario Sport to put his position straight.

Ajax right-back Sergino Dest has been linked a move to Barcelona and he has looked to add fuel to those rumours by posing in the Blaugrana's tracksuit top on social media.

PSG's interest in Dembele could take Neymar back to Barcelona (Sport)

Barcelona have a genuine dilemma with Ousmane Dembele. No one doubts his incredible ability but injuries and a passive attitude have heled him back at the club. The Frenchman is still recovering from his latest injury and won't be ready until next season. The club have taken care of him, aware he could be a key player, but they won't close the door on an exit.

The prospect of Jadon Sancho moving to Manchester United this summer reportedly depends on the outcome of Manchester City's appeal against their two-year ban from European competition.

Manchester United are willing to gift a first-team chance to midfield starlet Hannibal Mejbri next season, according to reports.

Kane, Rashford, Hazard... A long list of injured footballer raring to come back

The wait is already over for the return of football among Europe's top leagues - the Bundesliga reopened its doors on May 16 for the first time since the beginning of March amid the coronavirus pandemic.

Muslims across the world are celebrating the end of Ramadan and Ousmane Dembele has joined in by sharing a message on social media.

Courtois: Hazard and I dreamt of joining Madrid together when we were at Chelsea

Thibaut Courtois has revealed how himself and Eden Hazard dreamt of making the move to Real Madrid during their days together at Chelsea.

Ashley Cole says he could feel Arsenal’s winning culture falling apart before he left the Emirates Stadium for Chelsea.

Julio 'Maldini' Maldonado has continued his trend of choosing all-time best XIs, and this time he's gone with Real Madrid.

What is Jadon Sancho's net worth and how much does the Dortmund star earn?

Borussia Dortmund winger Jadon Sancho is one of football's rising stars and is tipped to be among a handful of talents who are expected to lead the game for the next decade.

If a team has two world-class full-backs in one team, well, you're probably going to be in for a tough 90 minutes.

Players across Europe are currently in limbo with no certainty over when the football season will resume and many of their contracts set to expire in the summer.