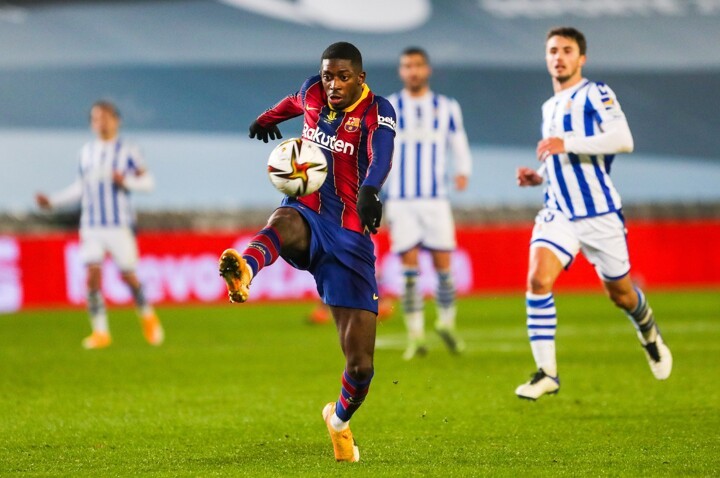 FC Barcelona defeat Real Sociedad and reach the final of the 2020/21 Supercopa de España after penalty shootouts. they play the winner of Real Madrid vs Athletic in Sunday's fina

Game is over and the final score is Juventus 3-2 Genoa. Here is the match report.

PSG and Marseille lock horns in one of Europe's most heated derbies in the French Super Cup - the Trophee des Champions. Mauricio Pochettino has finally won his first trophy as a manager just 11 days after being appointed at PSG.

Bayern Munich suffered a shock elimination from the DFB Pokal at the hands of second-tier Holstein Kiel after a penalty shootout, following a 2-2 draw after 120 minutes.

Manchester City returned to the Premier League tonight with a nervy win over Graham Potter's Brighton side.  The team make it seven wins in a row in all competitions. They move up to third in the Premier League after Foden's winner.

Simeone named Coach of the Decade ahead of Zidane, Guardiola and Mourinho

Atletico Madrid boss Diego Simeone has seen off competition from the likes of Pep Guardiola and Jose Mourinho to be declared Coach of the Decade.

Atletico Madrid have officially announced Moussa Dembele's signing on loan from Lyon until the end of the 2020/21 campaign.

Messi gets £170,000 per week from cash-strapped Barcelona even if he LEAVES

Cash-strapped Barcelona will still have to fork out a massive £170,000 per week to Lionel Messi until 2025 if he does eventually leave in the summer, according to reports.

Barcelona could have the upper hand when it comes to signing Erling Haaland due to the youngster’s agent, it has been claimed.

Liverpool are sweating on the fitness of Joel Matip ahead of their massive clash with Manchester United on Sunday.

Barcelona are eyeing a move to sign Manchester City star Sergio Aguero on a free transfer, according to reports.

Cristiano Ronaldo just keeps going and going, and he now has yet another record to his name, at least jointly, by equalling John Charles' record of 15 goals in the first 16 Serie A games of the season for Juventus.

A promising footballer whose career was shattered by injury was today facing prison after being caught with large amounts of heroin.

Gary Neville took to Twitter on Tuesday night to offer an apology for his commentary during Manchester United's 1-0 win over Burnley at Turf Moor.

Koeman: I had four names down and Riqui Puig asked to take the fifth penalty

Barrenetxea: I think it's a joke to say that Messi is finished

Ander Barrenetxea is confident that he and his Real Sociedad teammates can get back to their best during the Supercopa de Espana and pull off a surprise by beating Barcelona in the semi-finals on Wednesday night.

Barcelona presidential candidate Joan Laporta has fascinatingly revealed how the club turned down the chance to sign Cristiano Ronaldo for just £15million in 2003.

Fixtures of the day