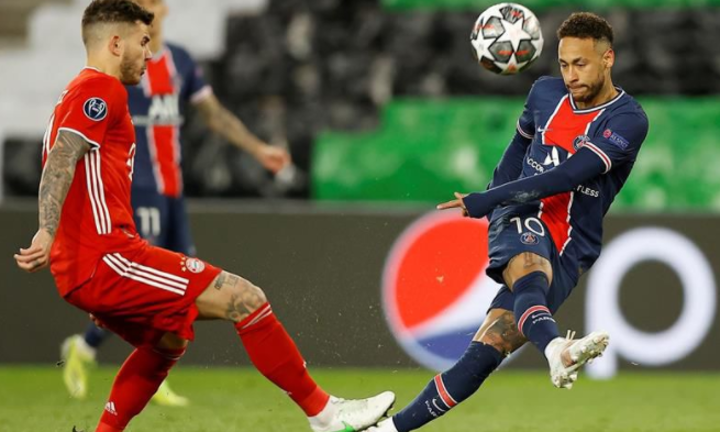 Thomas Tuchel admits he would prefer to face Real Madrid rather than Liverpool in the Champions League semi-finals after Chelsea reached the last four for the first time since 2014.

Neymar: There's no comparison between Messi and Mbappe

Neymar enjoyed playing with Kylian Mbappe at Paris Saint-Germain, but he knows that the World Cup winner is still a long way from being as good as Lionel Messi.

Jesse Lingard was back in his native Manchester on Monday after inspiring West Ham United to another Premier League victory.

Barcelona published the team's official team photo for the 2020/21 campaign on Tuesday.

Ole Gunnar Solskjaer's son Noah says he "always gets food" after the fall out between the Manchester United manager and Jose Mourinho over comments made about Heung-Min Son.

Haaland, Neymar, two Chelsea stars and 5 Reds all one booking away from ban

Erling Haaland and Neymar head the list of high-profile players who could miss their side's Champions League semi-final first leg should they progress this week.

Odion Ighalo admits he is 'so happy' he was able to represent Manchester United but revealed he left his dream club due to a lack of game time.

Liverpool left-back Andy Robertson has admitted that there are not many comparisons that can be drawn between the second leg of their Champions League quarter-final tie against Real Madrid and their semi-final comeback against Barcelona a couple of years ago.

Pedrerol: I repeat, Mbappe will play for Real Madrid next season

Josep Pedrerol has stood firm in his belief that Kylian Mbappe will end up joining Real Madrid this summer.

Guardiola: Football is a business and if we don't win UCL then I'll be a failure

Pep Guardiola understands the pressure on him to succeed in Europe with Manchester City, and knows that an inability to do so will be seen as a failure on his part.

Jurgen Klopp says Liverpool 'can't take comebacks for granted' just because they've stunned opponents in the past as they try and overhaul a 3-1 deficit against Real Madrid.

Benzema closing in on Raul's record

When Real Madrid take on Liverpool in the second leg of their Champions League quarter final tie on Wednesday, Karim Benzema will have extra motivation.

Florentino Perez 2025: This is what the new Real Madrid will be like

Florentino Perez will continue as president of Real Madrid until 2025, as no other candidate submitted the necessary documentation in order to stand against him.