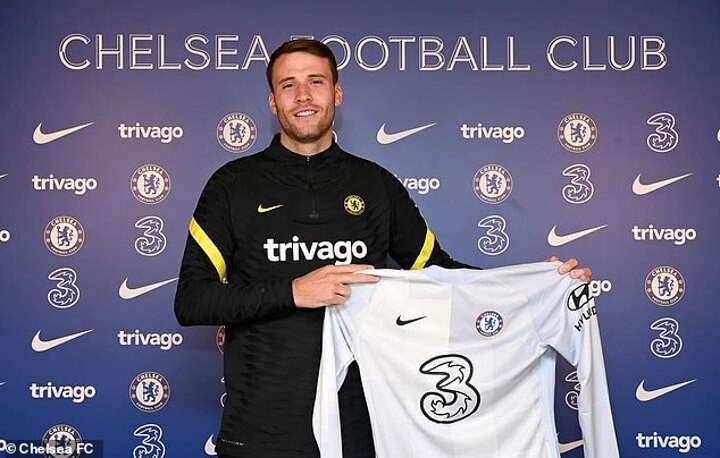 Chelsea have strenghthend their goalkeeping ranks by signing free agent Marcus Bettinelli on a two-year contract.

Liverpool are eyeing a £30 million bid for Wolves winger Adama Traore, but the Spaniard wants to be more than a super sub, according to reports.

Ronald Koeman and his players are off to Germany for the next phase of the preseason, including a friendly with VfB Stuttgart as well as a trip across the Austrian border to play Red Bull Salzburg.

Mbappe pours water on Real Madrid links: My biggest dream is to win the Champions League with PSG

Kylian Mbappe has made clear that he hopes to lift the Champions League with Paris Saint-Germain, which is not the news that Real Madrid fans wanted to hear.

Chelsea forward Hakim Ziyech is ready to get the Premier League campaign started after the team’s 2-1 win against Bournemouth in pre-season friendly on Tuesday.

Chelsea have reportedly tabled a £30milion bid to Sevilla for centre-back Jules Kunde and have included Kurt Zouma as part of the deal.

Chelsea and Man United are in a tug of war over Jules Kounde but which club would be a better fit?

Chelsea and Manchester United are on a quest to level up at the back - and they could do far worse than Sevilla's Jules Kounde, the talented French defender whom both clubs are currently in the hunt for.

Cristiano Ronaldo has already had his say over the arrival of Raphael Varane at Manchester United.

Soon-to-be Borussia Dortmund sporting director Sebastian Kehl has had his say on the rumours linking the star striker with a move to Chelsea.

Depay insists himself, Messi and Aguero can all play together at Barcelona

Memphis Depay insists that alongside Lionel Messi and Sergio Aguero they can form a key front three at Barcelona next season.

Leon Balogun has called out the Nigeria Football Federation over the quality of infrastructure provided for the Super Eagles and the non-payment of their match bonuses.

World football is full of larger-than-life characters—men who never seem to be too far away from the back pages for all the wrong reasons. Here is a list of top "Bad Boys" who have more or less succeeded in football.