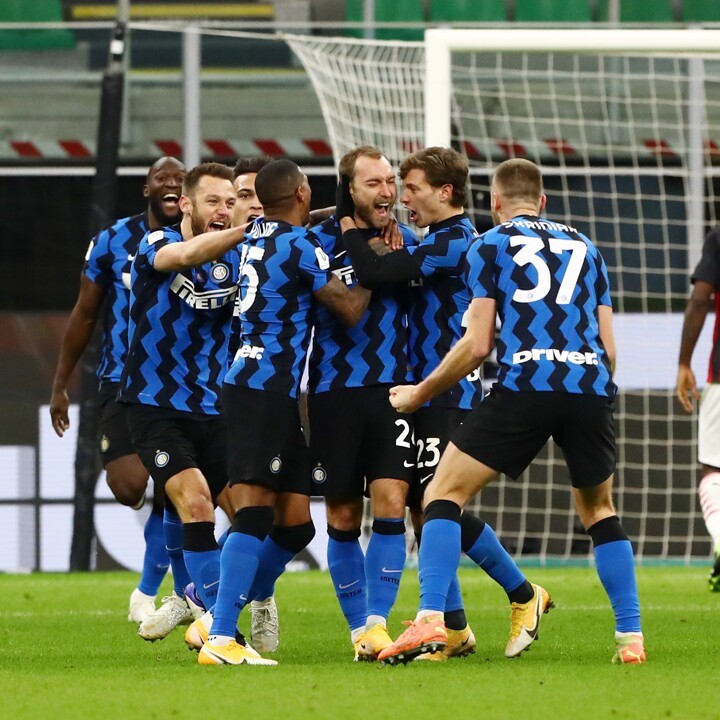 The Nerazzurri win a derby which was no short of drama, in a fixture that saw Zlatan Ibrahimović score and then see red, before Christian Eriksen scored a last-gasp free kick to win it.

Teenager Bukayo Saka scored a wonderful goal as Arsenal continued their excellent run of league form by coming from behind to beat Southampton in an eventful game.

West Brom 0-5 Man City: Pep's side go top of the PL with an emphatic win

Game is over and the final score is West Brom 0-5 Man City. Here is the match report.

OFFICIAL: Chelsea have confirmed Thomas Tuchel as the club's new head coach on an 18-month deal

Lukaku tells Zlatan 'f*** you and your wife' during Milan derby

Thomas Tuchel was announced as Chelsea's new manager on Tuesday night and the German said it 'feels amazing'.

Liverpool have reportedly received a boost in their hopes to sign French superstar Kylian Mbappe with Real Madrid struggling to put a deal together.

A section of the Chelsea fan-base appears to have turned on defender Antonio Rudiger, following reports that the out-of-favour defender actively 'caused issues' in the build up to the sacking of Frank Lampard.

Barcelona failed to pay any of their first-team players in December and fear further missed payments as the effects of coronavirus continue to bite, according to reports in Spain.

Sergio Ramos has thanked Conor McGregor after receiving some tracksuit wear from the Irish fighter.

Amad Diallo has given Manchester United fans a glimpse of what they can expect when their new signing takes to the pitch for the first time.

Gerrard "gutted" for Lampard over Chelsea sacking: "They have history for that"

Chelsea missed an opportunity to show a struggling manager the support he needs by sacking Frank Lampard, according to Steven Gerrard.

Tottenham boss Jose Mourinho is 'sad' to have seen Frank Lampard lose his job as Chelsea manager after just more than 18 months in the role.

Odion Ighalo has written a heartfelt goodbye to Manchester United on social media after his departure was confirmed.

Manchester United have dropped out of Deloitte's football rich list for the first time in eight years as the ongoing effects of the Covid pandemic sees the drop in revenue projected to reach £1.75billion for Europe's biggest clubs.

Does Martin Odegaard have a clear place at Arsenal?

After finally being able to shift Mesut Ozil's salary off the books with his switch to Fenerbahce, Arsenal have sought to add creativity to their team with the loan signing of Martin Odegaard from Real Madrid, but does the playmaker actually have a clear place with the Gunners?

FIXTURES OF THE DAY