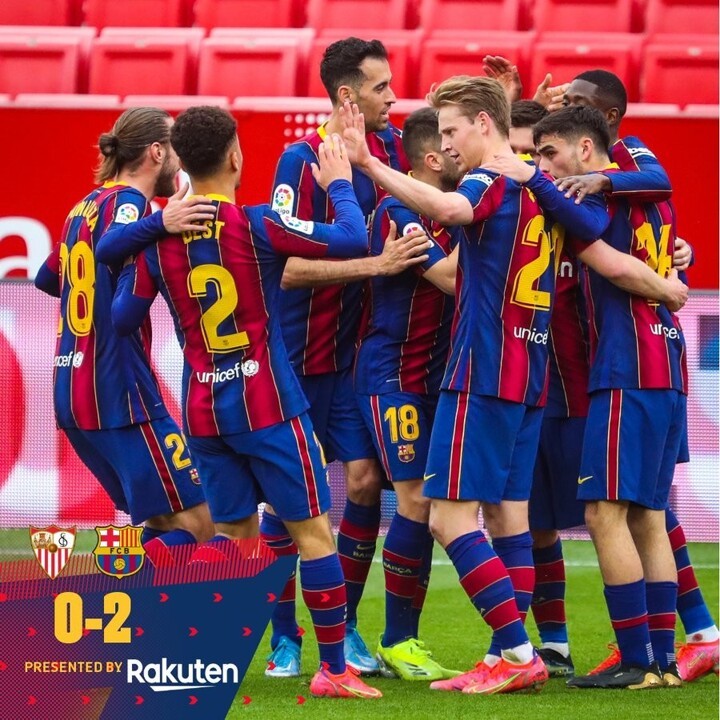 Barcelona recorded a huge, impressive win on Saturday against in-form Sevilla, winning on the road, 2-0, to pull within two points of La Liga leaders Atletico Madrid

Manchester City continued their Premier League title charge as they edged to a 20th straight win in all competitions with a 2-1 success over high-flying West Ham at Etihad Stadium.

Antonin Barak cancelled out Cristiano Ronaldo's opener as Verona & Juventus played out to a 1-1 draw.

Lionel Messi 'much more open to STAYING at Barcelona'

Lionel Messi could be convinced to stay at Barcelona despite reports having linked him with a move away from the Nou Camp in the summer.

Hellas Verona and Juventus are set to do battle on Saturday evening in Serie A, meaning that it will be a meeting between Portugal teammates Miguel Veloso and Cristiano Ronaldo, and the former has labelled Cristiano as being Michael Jordan-esque.

Cassano: Juventus signed Ronaldo to win UCL and he's made them worse

Antonio Cassano isn't afraid to criticise anyone and he's had some strong words to say about Cristiano Ronaldo's time at Juventus so far.

Andujar Oliver: Messi's challenge on Kounde was not worthy of a second yellow card

With Leo Messi already on a yellow card, the Argentine brought down Jules Kounde late in the first half which had Sevilla players furious at a second not being shown.

LeBron James hits back at Zlatan Ibrahimovic: I've got a powerful voice and I'll never shut up

After Zlatan Ibrahimovic questioned LeBron James' political activism, the NBA star said he was fighting for an oppressed generation.

The six contract renewals that will shape Barcelona

Barcelona's presidential elections are drawing ever closer, and one of the most important tasks that will face the new man in charge will be the renewals of several players' contracts in the squad - something that will shape the short- and long-term future of the club.

Sevilla couldn't keep up with Lionel Messi as he scored and assisted in Barcelona's 2-0 win at the Estadio Ramon Sanchez Pizjuan.

Real Madrid will listen to offers for centre-back Raphael Varane in the summer if there hitches to contract extension negotiations continue, according to reports in Spain.

Steven Gerrard is being lined up to replace Jurgen Klopp as manager at Liverpool following growing concerns from the club's chiefs over the German's future.

The three messages for Leo Messi from each Barca presidential candidate

The three FC Barcelona presidential candidates were protagonists in TV3’s show ‘Mes que un president’ on Friday. Joan Laporta, Toni Freixa and Victor Font showed more of their personalities on the show but they also discussed some sporting aspects like Lionel Messi

After five matches out with an ankle injury, Ronald Araujo lasted just 15 minutes on his return to action for Barcelona against Sevilla.

Now or never for Antoine Griezmann

February has been a month for forget for Antoine Griezmann, who had started 2021 so well. The Barcelona forward has had little impact over the last month, scoring just once in seven games.

Thomas Tuchel is unsure where best to use Chelsea attacker Kai Havertz yet but is positive the £71million signing will have a big role to play at Stamford Bridge.

Rodrygo Goes was back in training with Real Madrid on Saturday, and it didn't take him long to remind Zinedine Zidane and his teammates of his quality.

Barcelona player ratings vs Sevilla: Ilaix is here to stay

Ilaix Moriba made another good impression on Ronald Koeman in a cameo during the second half of Barcelona's win over Sevilla at the Estadio Ramon Sanchez Pizjuan.