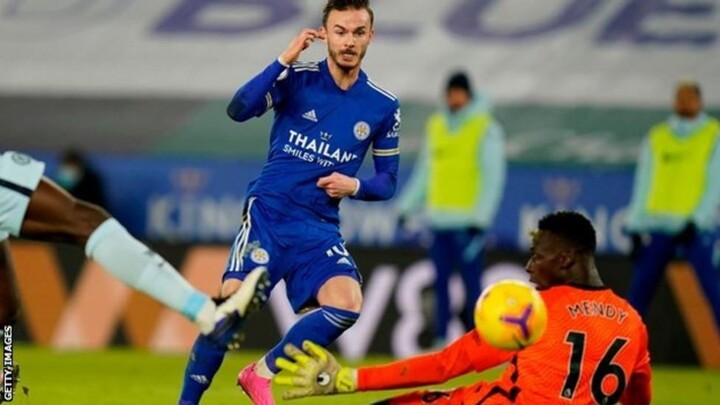 Leicester City moved to the top of the Premier League table and increased the pressure on struggling Chelsea manager Frank Lampard with an impressive victory at The King Power Stadium.

Lionel Messi has been handed a two-match ban after being sent off for the first-ever time in his senior Barcelona career in the Spanish Supercopa final on Sunday.

Pierre-Emerick Aubameyang has become the latest Arsenal star to say his goodbyes to Mesut Ozil on social media ahead of his Fenerbahce unveiling.

Atletico Madrid are reportedly in talks with Diego Simeone over extending his contract until 2024.

There comes a time when even Frank Lampard will find it impossible to argue why he has left certain players out.

Thiago Alcantara is making Liverpool worse because he is everything that Jurgen Klopp's champions are not, claims former star Didi Hamann.

Amad Diallo could be handed his Man United debut next month, reveals Solskjaer

Amad Diallo could break into Manchester United's first-team squad as early as next month, manager Ole Gunnar Solskjaer has revealed.

Laporta: Messi can be convinced, I think he wants to stay at Barcelona

Arsenal manager Mikel Arteta has heaped praised on midfielder Thomas Partey following his performance on his first start since injury.

Frank Lampard claimed Chelsea are ‘not ready’ to challenge for the top prizes as he faced mounting pressure on his job following a fourth away defeat in five matches.

Donny van de Beek has 'plenty of other clubs' out there, says former Manchester United coach

Donny van de Beek was brought in for £40million from Ajax but has struggled to nail down a place in Manchester United's first team.

Man Utd have tightened up against Big Six rivals but has it cost them in attack?

Ole Gunnar Solskjaer has learned plenty since being thrust into the Manchester United hotseat a little over two years ago, but perhaps his most important lesson came against Tottenham last October.