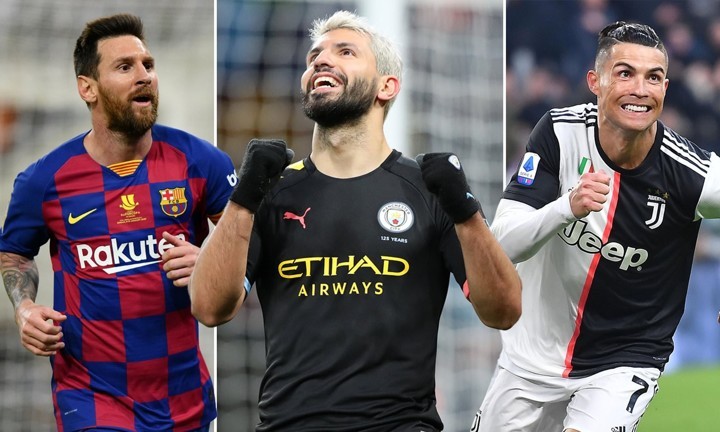 The English Premier League has confirmed it will resume fixtures from June 17 and all 92 matches will be televised in the UK, assuming ‘all safety requirements’ are met.

OFFICIAL: Serie A to restart on June 20 & Coppa Italia semis to be played on 13

The Italian top flight has been given the green light to start up again, with the Coppa Italia semi-finals taking place on June 13.

La Liga president Javier Tebas confirmed at the assembly of clubs on Thursday that the competition would return on June 11, ending on July 19, barring any set backs. It will start with the Sevilla v Real Betis derby, along with Rayo Vallecano v Albacete, the second division game which was suspended.

The first match of AF EURO 2020 semi-finals has ended and the result is: France(Hollowpoett) 1:5 Portugal (Autty)

Europe's most valuable clubs: Madrid ahead of Utd & Barca, Juve out of top 10

An analysis by KPMG has revealed that Serie A giants Juventus have been pushed out of the top 10 in this years Football Club’s Valuation.

CRISTIANO RONALDO made the most of the early summer sunshine in Italy, as he went on a bike ride with girlfriend Georgina Rodriguez and the kids.

Ronaldo's girlfriend Georgina Rodriguez has been pictured on the front page of Portugal's Women's Health magazine.

Barca, Madrid & PSG... How UCL's richest side might look after De Bruyne arrival

Oblak, Felix, Lindelof, Matic ... Benfica's big sales and how they replaced them

What makes Benfica's success over the past few years more impressive is that they have routinely seen their most important first-team players and best up-and-coming prospects move elsewhere each summer.

How do Man Utd make Pogba & Bruno Fernandes into a winning combination?

Some Manchester United fans could have been forgiven for thinking that the chances of seeing Paul Pogba and Bruno Fernandes line up for the Red Devils together had gone.

Among £508m Barca forwards, who impressed you and who turned out to be a flop?

Barcelona have splashed £508m in hunt for Messi-Suarez partner besides Neymar.

Chelsea, Arsenal & Man Utd 'among 5 clubs battling for Coutinho in the summer'

Five Premier League clubs are facing a tussle to win the signature of Barcelona cast-off Philippe Coutinho this summer, according to reports in Spain.

Arsenal are reportedly following rivals Tottenham in declaring themselves unwilling to meet Barcelona's terms for signing Philippe Coutinho on loan.

Frenkie De Jong is working on bringing his friend Matthijs de Ligt to Barcelona one day. The duo were part of the great Ajax team that reached the semi-finals of the Champions League.

Shanghai Shenhua are open to allowing Odion Ighalo to remain at Manchester United until January.

Figo: I'm very happy that I decided to join Real Madrid from Barcelona

Luis Figo has no regrets about making his controversial move from Barcelona to Real Madrid in 2000.

Watch hilarious moment Neymar pranks son with egg which smashes on his head!