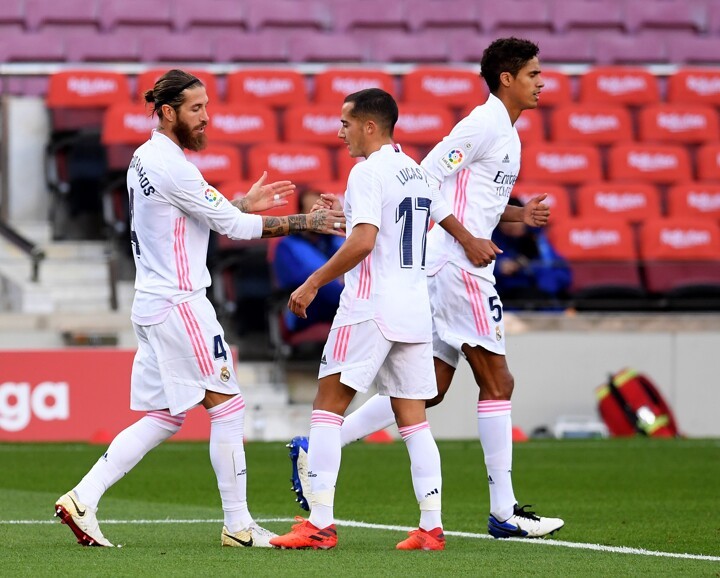 Foden's goal earns Pep's side one point at London Stadium

Defending champions Liverpool returned to winning ways in the Premier League with a hard-fought comeback victory over struggling Sheffield United at Anfield.

Valverde completed a perfect 24-pass move with a goal

Real Madrid took the lead in the Clasico through Federico Valverde, with the Uruguayan midfielder putting the finishing touch to a perfect 24-pass move orchestrated by the visitors at the Camp Nou.

The young star has been lighting things up at the Camp Nou and his equalising goal on Saturday against Los Blancos was another milestone in his short career.

Miralem Pjanic has lashed out at Maurizio Sarri by claiming he did not trust the players during his stint as Juventus boss.

Andujar Oliver: Lenglet's tug on Ramos was not enough for a penalty

The decision to award Real Madrid a penalty for a foul on Sergio Ramos proved to be the decisive moment of Saturday's Clasico.

United boss Solskjaer said he is impressed by new signing Cavani's meticulous approach to training and is in line to make his debut for the club in the clash against Chelsea.

The World Cup of El Clasico: Which nation has the best all-star XI?

Apart from Pele, all of football's true greats have either worn the white of Real Madrid or the blue and red of Barcelona.

Will Pedri become one of the biggest bargains in history?

Barcelona spent five million euros last summer to lure Pedri from Las Palmas in a transfer that is already considered by many as a big bargain for the Blaugrana, with the youngster showcasing his talent whenever he is given the opportunity to step onto the pitch.