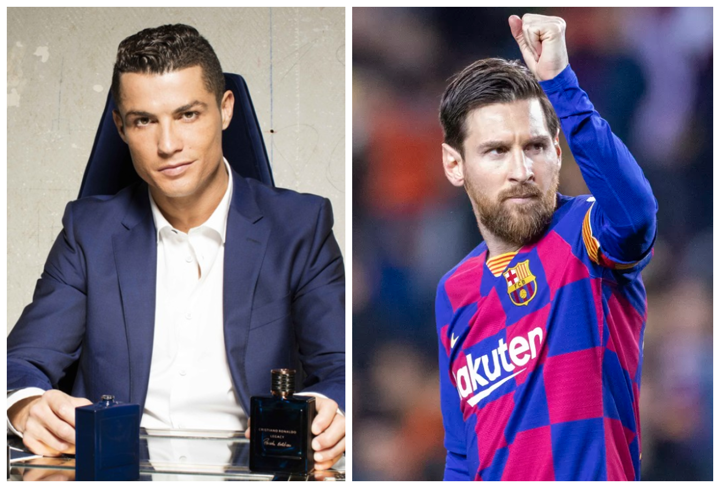 One of a kind! Ronaldo becomes the FIRST-ever billionaire footballer

Juventus star Cristiano Ronaldo has beaten his counterpart Lionel Messi off-the-field to become the first athlete in football history to earn one billion dollars. Ronaldo’s earnings grossed 105 million dollars before taxes and fees in the previous year helping him grab the fourth spot in Forbes Celebrity 100.

Lionel Messi will begin talks with Barcelona over a new contract this month after a clause allowing him to leave for free this summer expired.

Sky Sports have announced the first 22 live matches to be broadcast when the season resumes with eight of those games free-to-air, read the full list below.

Lionel Messi was absent from Barcelona's group training session for the second day in a row on Friday.

Sergio Aguero has shared a video with his followers showing the gifts he received for his birthday.

Antonio Rudiger reportedly helped persuade Timo Werner to join Chelsea as the Premier League side edge closer to pulling off a major coup in the transfer market.

FA Cup fixtures confirmed as QFs to be played on June 27 & 28, final on August 1

How Morata is making Chelsea's move for Werner possible

With other clubs unwilling to pay his release clause, Chelsea have stolen to the front of the queue to sign Timo Werner this summer.

Chelsea manager Frank Lampard and sporting director Petr Cech made an 'undercover' trip to Germany to help the Blues pip their Premier League rivals to the signing of Timo Werner.

Chelsea have been confirmed as the Women's Super League champions after the 2019-20 season was ended early due to the coronavirus pandemic in May.

Real Madrid were planning to make a move for Kai Havertz before the coronavirus pandemic stopped them in their tracks.

Bayern Munich are one of the clubs to have shown an interest in Nelson Semedo's situation at Barcelona. The German champions are in the market for a right-back and the Portugal international is on their shortlist, although he is not the top target.

Manchester United are already negotiating a deal to sign Thiago Almada this summer, according to reports.

Angel Di Maria says he is happy he did not join Barcelona when they tried to buy him from Paris Saint-Germain three years ago.

“Not every dream comes to pass, but mine has."

Koke has been a runner-up twice in the Champions League with Atletico Madrid but believes it can be a different story this season.

Former Argentina goalkeeper: Hazard is at Messi's level if he is doing well

Former Argentina goalkeeper Hugo 'Loco' Gatti has stated that an in-form Eden Hazard is as good as Lionel Messi.

‘If Klopp wanted Werner, he’d have got him’

Liverpool did not lose out to Chelsea in the race for Timo Werner, says John Barnes, with Jurgen Klopp merely opting against moving for a player that he would have landed had he wanted to.

Ex-Chelsea defender Mario Melchiot believes that Hakim Ziyech will be a big hit at Stamford Bridge if the winger can get to grips with the incessant and physically demanding nature of Premier League football.

Spanish outlet AS takes a look at the biggest games of the Premier League’s return with full details.

British footballers plying their trade away from the Premier League is still a rarity. That's because the sheer might and appeal of England's top-flight seldom persuades homegrown talents to look elsewhere.

After the famine, a feast is on pre-order at Stamford Bridge.

Chelsea fans are already thrilled at the prospect of Timo Werner playing for them next season as a £53million transfer from RB Leipzig moves closer to fruition.

Why Liverpool pulled the plug on £54m Werner

Liverpool will not be getting their man, it seems.

FIXTURES OF THE DAY (CET)