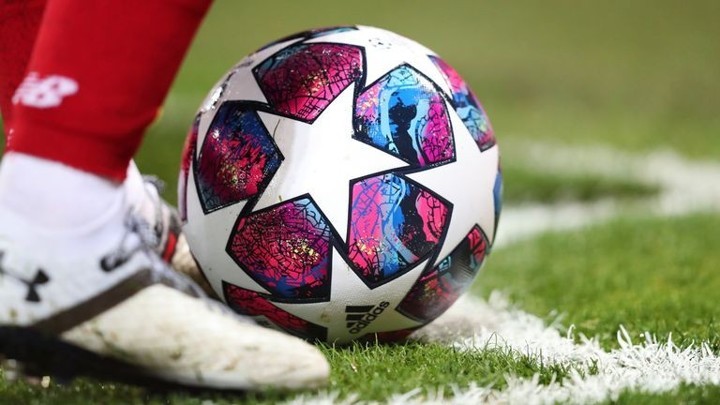 UEFA has confirmed its club competitions remain suspended until further notice, while all of June's international matches have been postponed.

Hudson-Odoi speaks about coronavirus: I thought it was just a minor temperature

Chelsea star Callum Hudson-Odoi has spoken about his coronavirus scare, admitting he thought it was 'a minor temperature' at first.

Paulo Dybala and his girlfriend, Oriana Sabatini, wanted to leave Italy for Dubai after contracting coronavirus.

Spain has now seen more than 100,000 positive confirmed Covid-19 cases since the outbreak began and the Wednesday fatality figure once again exceeds 800.

Messi ragards De Bruyne as ‘one of the greatest passers’ and hails Aguero & co.

Messi makes his list of "Greatest Moments" of his career, "Top Talents", "Youth on the Rise" as well as his best 25 Champions League players.

Dybala: I told Ronaldo that he is hated in Argentina because of his figure

Paulo Dybala has admitted that Cristiano Ronaldo isn't very popular in Argentina - and he knows it.

Antoine Griezmann has largely opted to take the high road amid the growing feud between Olivier Giroud and Karim Benzema, but did point out that the former has lifted the World Cup.

"It was impossible to defend against Messi", "He always wants it: Give me, give me," team-mates tell their Messi stories.

OFFICIAL: Matuidi signs contract extension with Juventus through to 2021

Juventus midfielder Blaise Matuidi has signed a contract extension with the Serie A side through to June 2021.

According to Befoot, Giroud has brutally responsed to Benzema's 'F1 and carting' comments by saying 'People say you can't compare F1 to Go-Karting, all I have to say is that I'm a World Champion, not bad for a Go-Karter'. But it appears to be an April Fools Prank by the French outlet.

It is safe to say Cristiano Ronaldo takes himself particularly seriously.

Barcelona decided, once the winter market was over, that their next project would need the signing of an attacking star.

Football transfer market has been really crazy in recent years, prices of football players have been incredibly high compared to those at the begin of the 2010s. Also, it goes commen when you see some clubs spend money like water just to see their promising signings turn out to be proved as flops.

If isolation is getting you down, watch how this man juggle his hair