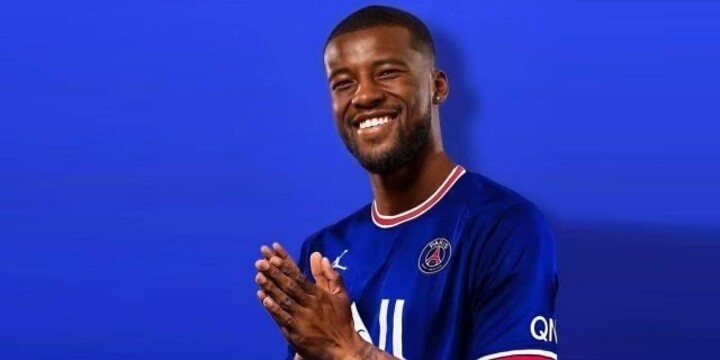 OFFICIAL: PSG confirm the signing of Wijnaldum on a 3-year deal

Manchester United have finally made their move to sign Jadon Sancho, as one of football's longest running transfer sagas looks set to spark once again.

Manchester City's kit man has put a Range Rover on eBay that was gifted by the departing club legend Sergio Aguero.

Kylian Mbappe has reportedly rejected Olivier Giroud's apology after the Chelsea striker criticsed his performance in France's 3-0 win over Bulgaria.

David Moyes has agreed his new contract at West Ham despite the interest of former club Everton.

Spain boss Luis Enrique has made clear that he will keep Sergio Busquets in his squad for Euro 2020, following the midfielder's positive COVID-19 test.

Cristiano Ronaldo: I'm as motivated as in 2004, or maybe more

Griezmann: Unhappy at Barcelona? Yes, when I didn't play I didn't feel important

Pogba: I'm not a policeman, but I don't see a problem between Mbappe and Giroud

Paul Pogba has played down the apparent tension in the France camp this week, particularly between Olivier Giroud and Kylian Mbappe.

Belgium captain Eden Hazard has admitted that he will not be in top condition for his country's opening Euro 2020 game against Russia. The winger has had an injury-plagued two years at Real Madrid and is still short of full fitness, casting doubt on what his role may be for Belgium at the tournament.

Kroos hits back at Matthaus: It'd be draining to look at every expert's ideal XI

11 transfers dramatically hijacked by other clubs after PSG signed Wijnaldum

After Paris Saint-Germain announced the signing of former Liverpool midfielder Georginio Wijnaldum, which was a hijacked deal from Barcelona, we're looking at 11 transfers that were dramatically hijacked by other clubs.

Guide to Euro 2020 stadiums, how many fans can attend and quarantine rules

Euro 2020 gets underway on Friday as Turkey and Italy go head-to-head in Rome.

The latest edition of the European Championships are once again upon us with all 24 teams striving for glory this summer.

Fixtures of the day