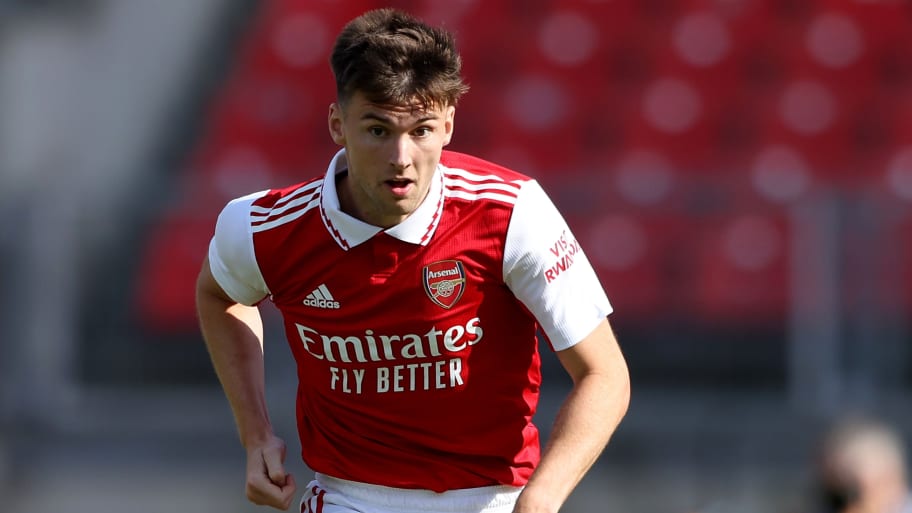 Kieran Tierney has confessed he was not surprised to see Arsenal bring in Oleksandr Zinchenko from Manchester City this summer.

The Scottish left-back has been a regular under Mikel Arteta when fit but now faces competition from new £32m Zinchenko, who spent the majority of his six years on the books at the Etihad playing in the same position.

Zinchenko was the starter for a large part of pre-season as Tierney continues to recover from knee surgery, and the Scot conceded that bringing in competition for minutes was the right move for a club with Arsenal's ambitions.

When asked in an interview for the Daily Mail whether Arteta spoke to him before signing Zinchenko, Tierney responded: "No, but I'm not surprised because I've never had that. At a club like Arsenal, you need competition.

"For where we want to go, you need at least two players for each position. He is a great signing."

He added: "Genuinely, I love [competition]. I love being up against it. I'm coming back from injury. I know I'll need to work my way back. But I'm ready."

Tierney insisted he is 'ready to go' after working on recovering his fitness during the summer and admitted that avoiding injuries is a big part of his goals for the upcoming campaign.

"Personally, staying fit, getting a run of games, finding form," he named as his targets. "Collectively, getting into the Champions League and winning a trophy.

"The signings have been amazing, like Gabriel Jesus from Manchester City. The first thing I said to him was: 'I hated playing against you!'.

"So I'm buzzing he's on our team now. There is a feeling in the camp, a different hunger, a different desire. Even the 6-0 win over Sevilla on Saturday. It's a pre-season friendly but you can only beat what's in front of you. We've got enough to be optimistic this season."