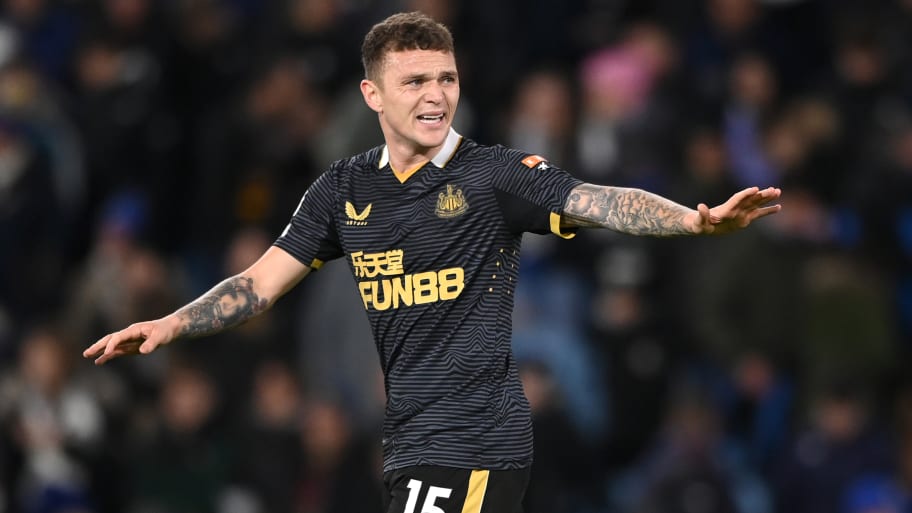 Newcastle full-back Kieran Trippier has confirmed that Manchester United were interested in signing him last summer, but the club failed to agree terms with Atletico Madrid.

Trippier won La Liga with Atletico last season but was believed to be looking to return home to England after two successful years in Spain.

Newcastle eventually won that race when they secured his signature for a deal worth up to £15m earlier this month and the England international has impressed since arriving at St. James’ Park.

As well as playing a key role in Atletico’s title triumph, Trippier featured in five of England’s games at Euro 2020 and started the final, even assisting Luke Shaw’s opening goal.

United were in the market for a right-back at that time, with a lack of cover or competition for Aaron Wan-Bissaka and Diogo Dalot’s future at Old Trafford uncertain after returning from loan.

Speaking to The Athletic, Trippier has confirmed the interest from United was ‘really strong’.

However, with Atletico asking for more than the Red Devils were willing to pay, it couldn’t progress.

“We had conversations, but Atletico Madrid just wanted my release clause and it was a lot of money for a 30-year-old, so I understand why Man United didn’t do that,” he recalled. “There were other clubs interested…Anyway, it’s gone now, so it doesn’t bother me.”

That release clause is thought to have been around the £30m mark.

Trippier grew up supporting United but got his chance as a football at Manchester City. He ultimately spent 13 years at the club, rising through the academy ranks to the fringes of the first-team, but never made a senior appearance before a permanent transfer to Burnley in 2011.