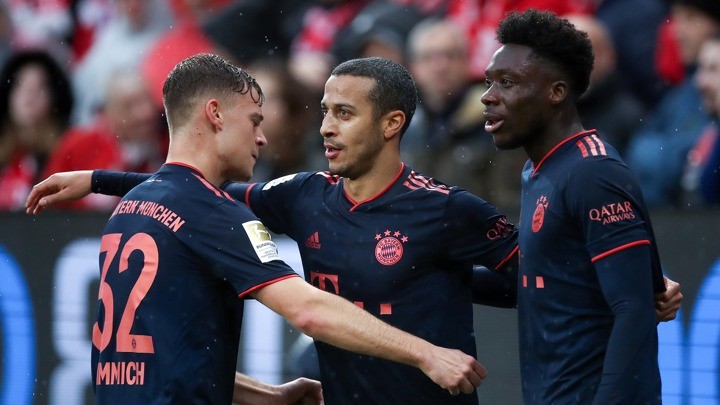 The ex-Bayern defender told AZ: “Joshua Kimmich and Thiago Alcantara - they are currently the best midfield duo in the world and play at a very high level. Technically they are both perfect and they always want to have the ball. This is very important for the team because there is security.

“Kimmich and Thiago together are really fantastic, I don't see a better duo in world football.”

Having been moved out of a right-back berth, in which he was already thriving, Kimmich is now being billed as a potential Bayern captain of the future. Lizarazu can see the 25-year-old taking the armband at some point, with his leadership skills and future potential clear for all to see.

The 1998 World Cup winner added: “If you play in the central midfield at Bayern, you can also be captain.

“Kimmich knows how to give the team the right balance. I am impressed with his level, because I actually thought that right-back was his best position. Now I have to say, in midfield he is even better than on the right. Yes, I think Kimmich would be suitable as a captain.”

Kimmich joined Bayern from RB Leipzig in the winter transfer window of 2015 and has gone on to take in 210 appearances for the club – winning four Bundesliga titles and two German Cups along the way.