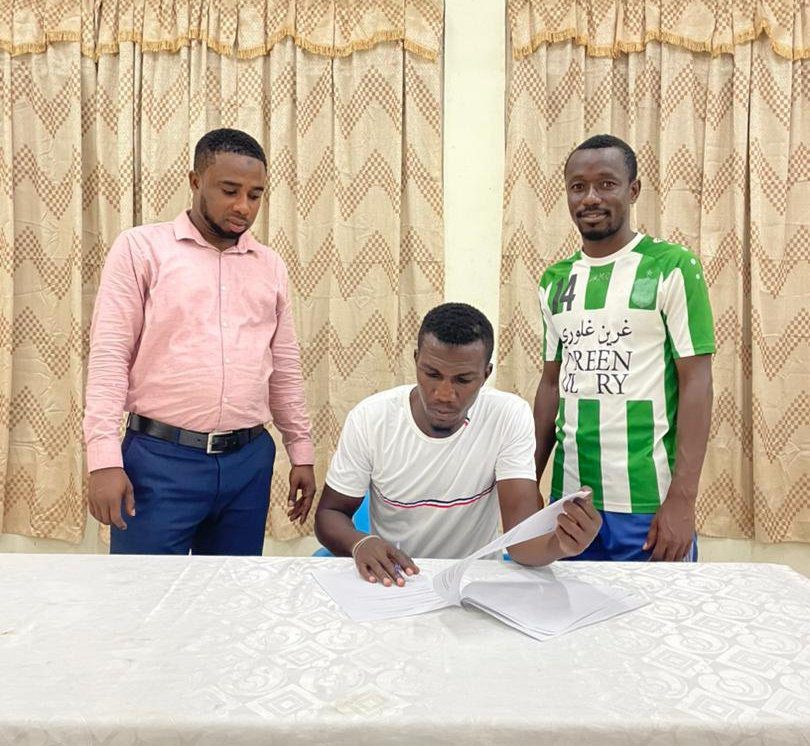 King Faisal Babes have completed the signing of former Hearts of Oak striker Abednego Tetteh towards the upcoming season, GHANAsoccernet.com can report

The 31-year-old sealed his move to the Kumasi based club on the transfer deadline day on Monday as he joined on a free transfer. He signed a two-year contract.

Tetteh has been unattached since August 2021 after he was released by the Phobians after a short-term spell.

The former Okwawu United player joined Hearts in March 2020 following his return to Ghana from overseas where he played for five clubs in Sudan, India and Ethiopia.

Tetteh played for Al Hilal Omdurman and Al Hilal Obeid in the Sudanese top-flight before heading to India in December 2018.

He played for Real Kashmir and TRAU FC while in India where he made 17 appearances and scored four goals in the I-League and Hero Super Cup.

The lanky player was a key member of the Bechem United team that won the FA Cup in 2016.

He is expected to lead Faisal's attack when the 2022-23 Ghana Premier League begins next month following the exits of Zubeiru Ibrahim and Ibrahim Osman.