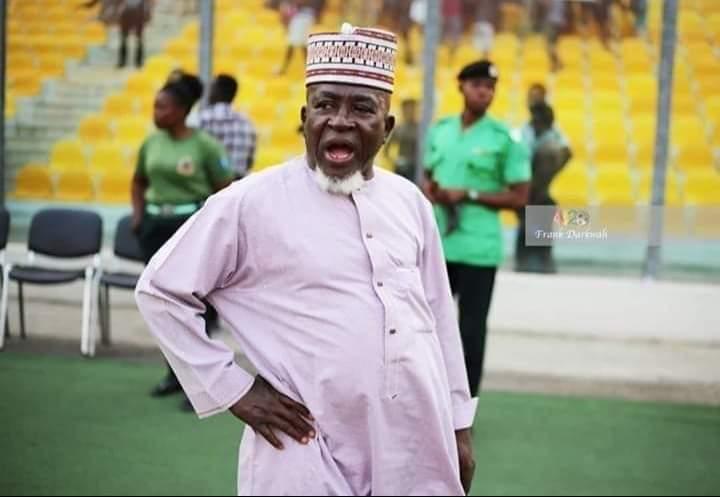 Ghanaian top-flight side King Faisal owner Alhaji Karim Grusah has slammed former Ghana stars Sulley Muntari, Sammy Kuffour and Shilla Alhassan for being 'ungrateful' claiming they have done nothing that brought them to stardom.

The outspoken football administrator launched the scathing attack on the three players while he was paying tribute to the late for international striker Opoku Afriyie.

In a glowing tribute, Grusah said he was sad to learn of the passing the former Asante Kotoko striker whom he discovered.

According to Grusah, Afriyie never turned his back on him and always referred to him as his ‘father’ compared to the other footballers he also discovered such as Muntari, Kuffour and Shilla Alhassan.

He stated that whenever Afriyie embarked on World Cup assignment with any of the youth teams, he always brought him a gift in appreciation of what he did for him.

This heartwarming attitude of Afriyie set him apart from most of the players he discovered.

He mentioned that footballers like Sammy Kuffour, Sulley Muntari and Shilla Alhassan never show gratitude to him.

He said none of the players ever returned from a national assignment with a gift or cash as a show of gratitude.

“King Faisal old players, how many of them ever called to find out the state of the club. When we were in Division One, Opoku Afriyie attended most of our games. He is someone who did not forget about his past," Grunzah said.

“Sammy Kuffour, Sulley Muntari and Shilla Alhassan are players I trained, none of them ever returned from a tournament with an envelope saying oh Alhaji this is for you but Opoku Afriyie always did that."