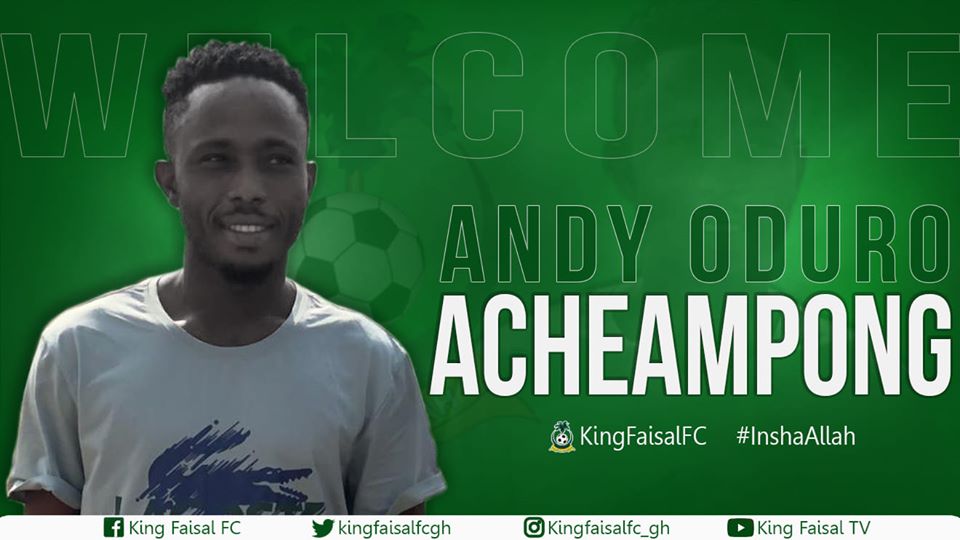 The versatile player joins goalkeeper Samuel Akurugu who signed for the Kumasi-based side on Monday.

A club statement read: '''We can today confirm the signing of Andy Oduro Acheampong. Oduro is an extremely versatile player and previous clubs include Star Madrid, Rainbow FC and Corners babies.

King Faisal are at the foot of the table after 15 matches.