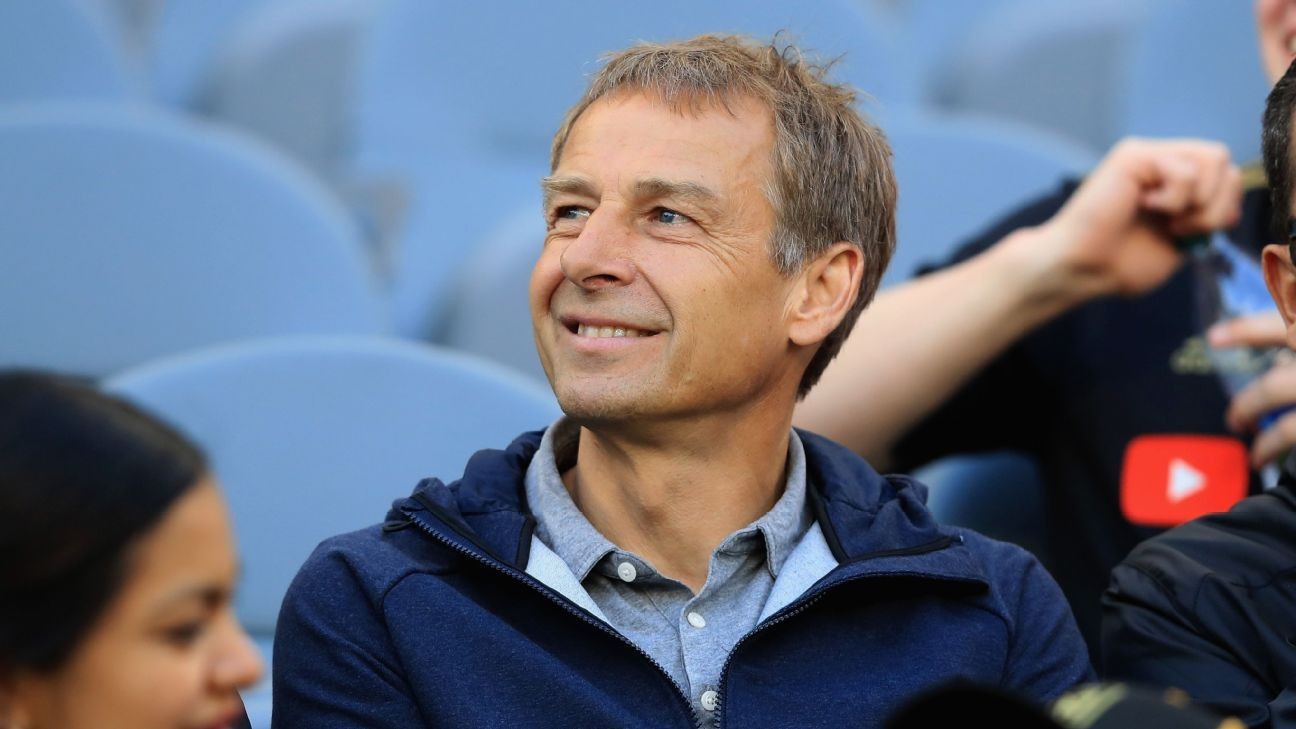 Craig Burley and Ale Moreno react to Jurgen Klinsmann's bold claim regarding the USMNT and the 2018 World Cup.

Jurgen Klinsmann will not return to his role on Hertha Berlin's supervisory board with primary investor Lars Windhorst labelling the manner of his departure "unacceptable."

Klinsmann, 55, left his position as Hertha head coach on Tuesday just 76 days into his tenure which was due to last until the end of the season. His move left the Bundesliga club stunned.

The former United States head coach was made Hertha's interim coach in late November, less than a month after being appointed to the supervisory board by Windhorst, who wanted sporting expertise for a €224 million investment he made into the club.

Following a turbulent 48 hours since Klinsmann announced his resignation on Facebook, Windhorst told a news conference on Thursday the former Bayern Munich boss would not return to the board.

"I regret that Jurgen Klinsmann left us abruptly. I talked to him on the phone, and he apologised for it. He's very sorry," Windhorst said. "But, sadly, the way he left, he won't be able to return to the supervisory board. The manner of his departure was unacceptable."

The businessman added that he was sorry the club and Klinsmann could not agree on a long-term partnership. "Also because of the sponsors," he said and later explained that Klinsmann also felt sorry for his "kneejerk reaction."

He added: "You can do that as a teenager, but not in the business world. His name resounded internationally. And we were really close to landing new sponsors."

On Wednesday, Klinsmann went live on Facebook and hinted at a power struggle with sporting executive Michael Preetz over the coach's responsibilities. Klinsmann wanted more power when he entered talks over a long-term future as the Hertha coach and the sporting executive was not willing to hand it to him.

He also said that he had not signed a contract in his 76 days at Hertha. On Thursday, Hertha president Werner Gegenbauer said that was not the case. "We had an oral agreement since Nov. 27 and a head coach contract since Dec. 2," he said.

And Preetz, a former Bundesliga player, added that he had not experienced anything like this in his 34 years in the business.

On the power struggle, he added: "There was a substantial disagreement over the responsibilities of a head coach. Klinsmann's approach, already in the past when we loosely talked about him coaching Hertha, always was that he wants to decide everything.

"But there must always be someone who has the last word. At this club, those persons are [finance executive] Ingo Schiller and me. And that's not negotiable."