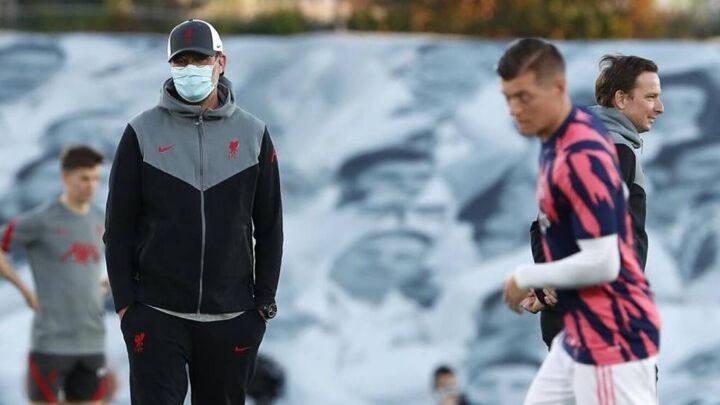 Jurgen Klopp sparked controversy after he described the Estadio Alfredo Di Stefano as a "training pitch" ahead of the first leg between Liverpool and Real Madrid in the Champions League quarter finals.

The German coach has now apologised to those who were offended by his remarks last week and wondered why all this fuss was made around his words.

"People have made so much noise about that thing," Klopp told RMC Sport.

"I didn't want to be disrespectful.

"If they think that [Di Stefano] is the stadium they want to play at, that's completely fine for me.

"They play there the whole season. I know the situation and that they are renovating [the Estadio Santiago Bernabeu] or I don't know what exactly they do.

"That's all fine. But making a story out of what I said is a real joke to be honest.

"If somebody thought I was disrespectful, I am sorry. That was not my intention."

Real Madrid legend Jorge Valdano had previously responded to Klopp by stressing that Los Blancos didn't gain any advantage by moving to Valdebebas.

"What you have to consider is that Real Madrid don't play at Valdebebas to gain a competitive advantage," Valdano said.

"An empty [Estadio Santiago] Bernabeu is still imposing and affects opponents negatively. Therefore, Madrid actually lose out on a sporting advantage by playing there.

"What [Ronald] Koeman said is also true: Madrid have taken advantage of the situation to create a 21st century stadium, and when it's ready the stadium that'll look like a training ground is Anfield if we're comparing [the two]."