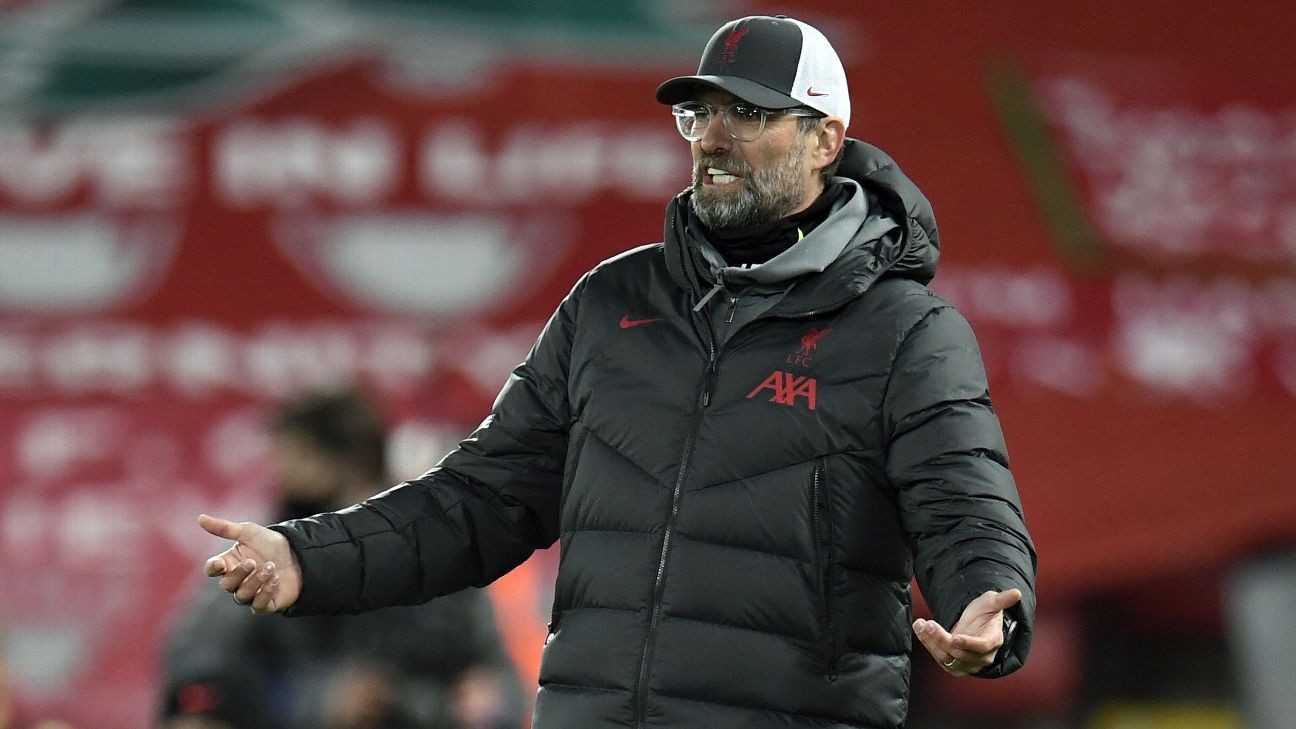 Liverpool manager Jurgen Klopp spoke of his frustration at Brexit's impact on English football, with the German concerned tough new transfer rules being implemented on Jan. 1 are a negative consequence of Britain leaving the European Union.

Premier League clubs will not be allowed to sign players from European Union (EU) countries without a work permit while foreign players under the age of 18 cannot be signed at all as part of post-Brexit regulations.

"I am still waiting for the first advantage of Brexit that someone can tell me," Klopp said in comments published in the Guardian on Friday. "What really improves after Brexit?

"It's obviously not my thing to judge, but as an interested person I just wait until the first really positive impact of Brexit."

Klopp added that soccer officials had done all they could to lessen the impact of Brexit on their industry and suggested that there could have been even tougher restrictions had they not put up a fight.

"Michael Edwards [Liverpool's sporting director] was involved in a lot of these discussions and the clubs fought pretty hard for a solution -- kind of a good solution or as good as possible," Klopp added.

"Without the discussions it would have been worse."

British and EU negotiators paused trade talks on Friday to call in their leaders to try to narrow gaps and get an agreement over the line, less than four weeks before Britain completes its Brexit journey out of the bloc.