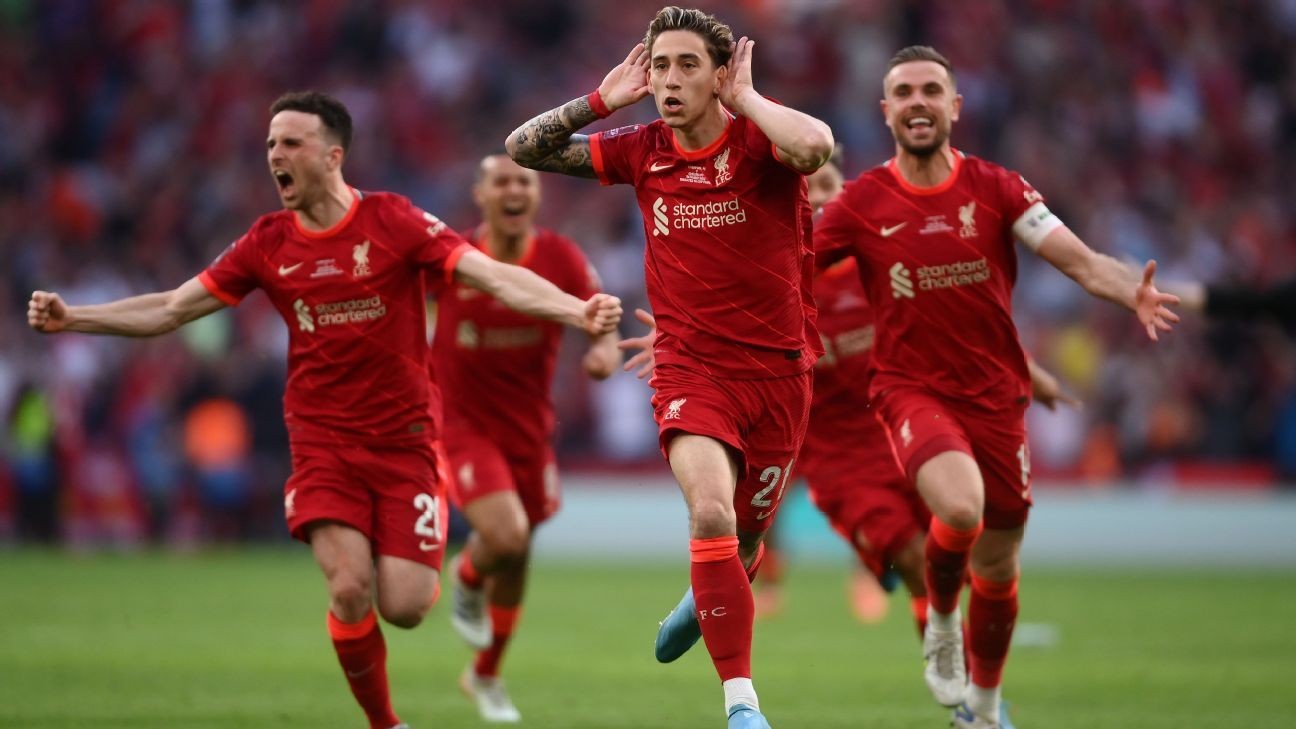 The Reds won Saturday's Wembley showpiece against Chelsea 6-5 on spot-kicks after 120 goalless minutes as Kostas Tsimikas struck the winning penalty.

Liverpool beat Chelsea by the same method in February's Carabao Cup Final and Klopp claimed he owes the success to neuro11, a firm based in Germany and co-founded by Dr Niklas Hausler and Patrick Hantschke, which monitors brain activity to optimise player performance.

"We work together with a company, four guys, their name is neuro 11," said Klopp. "They got in contact with us two years ago, I think I was aware of it [then]. One of them is a neuroscientist and he said 'we can train penalty shooting' Really. And I said: 'sounds interesting, come over.'

"German guy, we met. We worked together and this trophy is for them like the Carabao Cup was."

Klopp took personal responsibility for Sadio Mane's miss in the shootout -- Liverpool's solitary failure from the spot -- after intervening on the basis the forward knew Chelsea goalkeeper Edouard Mendy from their time at Senegal.

"Sadio's penalty was maybe more, for sure at least 50 per cent, my responsibility," he said.

"We have to let the boys do what they think they do but with him I said 'he knows exactly the goalie so do it the other way around.' Like very often in my life I realise it was better to shut up. But we still made it."