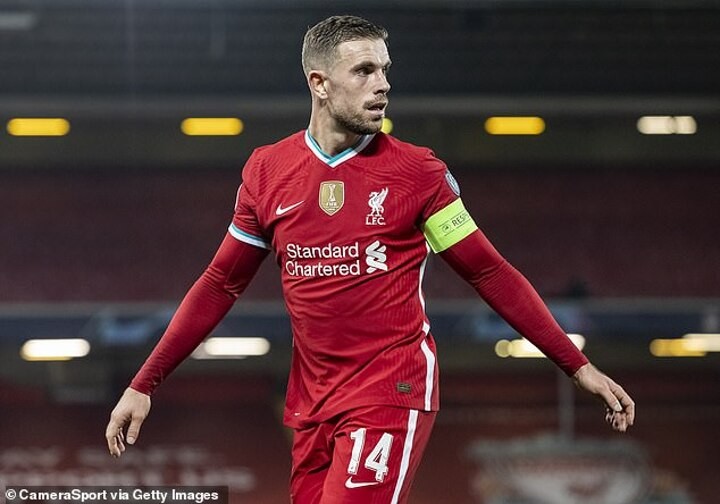 Liverpool manager Jurgen Klopp has acknowledged the importance of the unseen role captain Jordan Henderson performs on the pitch.

Throughout Tuesday's Champions League victory over Ajax the England midfielder could be heard encouraging and cajoling 19-year-old full-back Neco Williams, who ended up creating the winner for Curtis Jones.

It came just a few days after Williams was substituted at half-time in the draw at Brighton having conceded a penalty during a sketchy 45 minutes.

But bolstered by support from Henderson, this week nominated for BBC Sports Personality of the Year after captaining the side to their first league title in 30 years, the Wales international appeared a different player in midweek.

'He is just a smart, thoughtful, caring person. A leader as well and you saw that in the summer when there were some issues with the players and they needed to find a solution and he was maybe the voice of the group (spearheading the Players' Together initiative to raise money for the NHS).

'Of course for a young boy it is important to have feedback on the pitch because it calms you down in some situations and boosts you in others. It is a very important role.

'It would not be fair to mention only Hendo to be honest; on the pitch he is probably the one you hear the loudest but we have a lot of players who help the young kids and that is necessary.

'I don't sit with them in the dressing room during the week - there is a lot of time to talk the wrong stuff but they can also talk the right stuff and our experienced players are the perfect role models and that makes it easier.'

On Sunday Anfield will welcome back its first fans since March with 2,000 allowed in for the visit of Wolves.

Klopp is looking forward to seeing their return but had a word of advice for those maybe arriving expecting to see the blistering football of last season.

'I hope it will be a great experience for all of us but I don't know,' he added.

'As I said before, as a player I played very often in front of 2,000 people and they were not always in the best mood to be honest.

'Two thousand people can create a bad mood, I remember that very well!

'I hope 2,000 people can be really influential, that they really help. First and foremost, they have to enjoy the game.

'I don't hope that if they see the first pass that will not arrive from player A to player B that they think, 'Oh my God, again!' and stuff like this.

'They just should be happy that they are in the stadium again. I'm very happy that we have them there and let's make the best of it.'