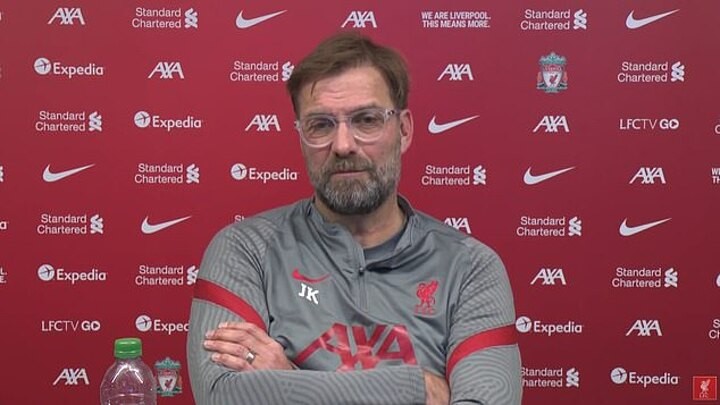 Jurgen Klopp claims he is still waiting to see a positive aspect of Brexit after the FA agreed new transfer rules for after the United Kingdom leaves the European Union.

Under the new immigration rules created by the FA and ratified by the Home Office, Premier League clubs will be limited to six signings under the age of 21 from abroad - three in the January transfer window - and none under the age of 18.

Liverpool manager Klopp has rubbished the argument that young English players will be given more opportunities under the new rules as they would be playing with weaker players without talented foreign around them.

Klopp told reporters: 'I am still waiting for the first advantage of Brexit that someone can tell me, what really improves after Brexit?

'It's not obviously not my thing to say or judge but as an interested person I just wait until the first really positive impact of Brexit. Maybe I didn't read it because I'm too much in football but I don't remember a lot to be honest.

'In football now, let's use that as an example, the people want to – I think the FA or whatever – want to make sure that the clubs don't sign too many players from other countries because they are afraid that not enough English talents will make their way.

'If you look at the English youth national teams in the moment, they are in the top two or three – if not top – in nearly all age groups, talent wise 100 per cent and that is with the way we did it before.

'So now, lets think about why that happened. They had a lot of players around them that played good football as well. It's just helpful.

'We cannot just create more [English] talents because we deny other talents. It's just one of the smaller problems which we will all be aware of when Brexit is finally there.'

Football's Governing Body Endorsement (GBE) will instead have a points-based system where each young player will be rated based on international appearances at youth levels, the quality of the selling team and more.

If players do not meet the points-based criteria, then there will be the opportunity for clubs to make an exemption case to the GBE.

Premier League clubs such as Liverpool regularly sign young players to add to their academy and develop towards first-team football.