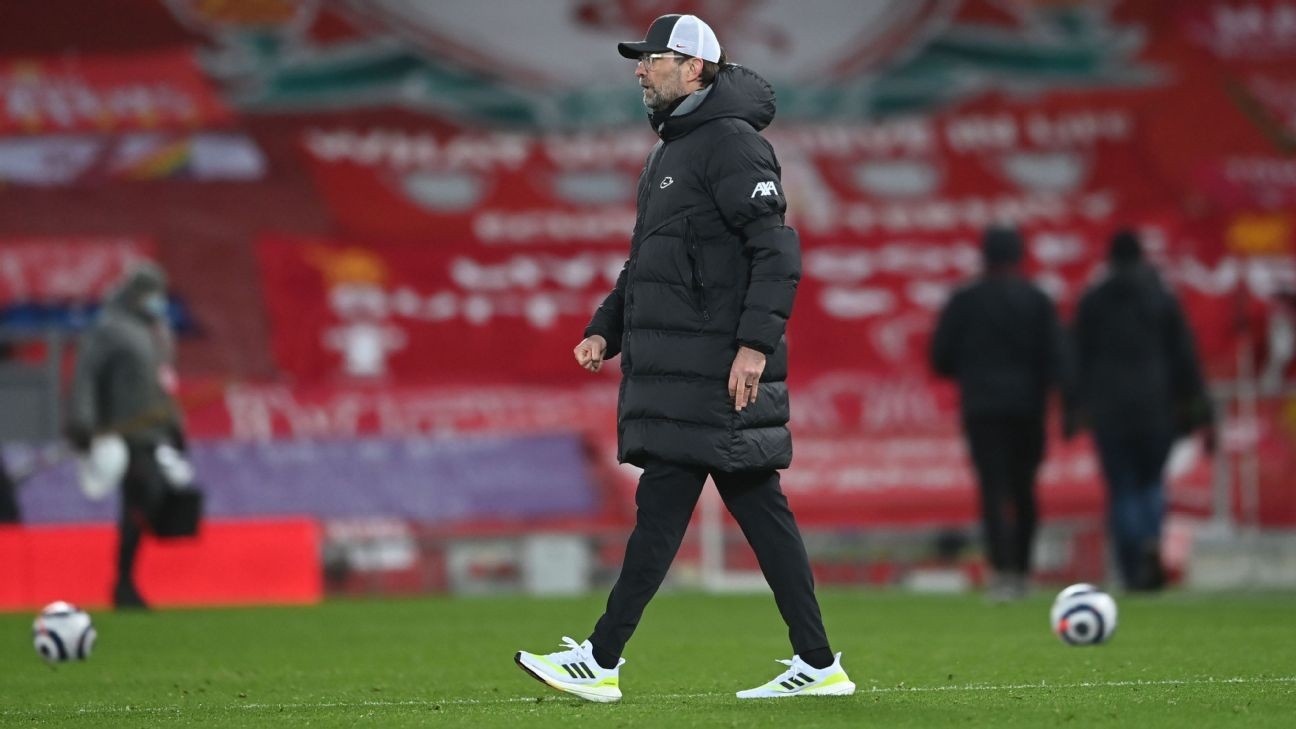 Liverpool boss Jurgen Klopp has said that the club cannot afford to solely focus on winning the Champions League by giving up in the Premier League.

Klopp's side find themselves in sixth position in the league and four points adrift of fourth-placed Chelsea after losing 1-0 to Thomas Tuchel's team on Thursday.

Liverpool could still secure a place in the Champions League next season by winning the competition this year but Klopp insisted that his team will remain competitive in the league.

"We are not in the next round so I can't think about winning the Champions League now," he told a news conference ahead of Sunday's home clash against Fulham. "We have to go through difficult rounds and this round is difficult.

"I didn't think that far [ahead] obviously. This week, we play these three games again late in the season with two days in between, so it's Thursday, Sunday, Wednesday which is tough.

Liverpool boss Jurgen Klopp will not allow his team to give up on the top four race in the Premier League. Photo by LAURENCE GRIFFITHS/POOL/AFP via Getty Images

"Liverpool is too big, too many people are interested and we don't really play behind closed doors without cameras. It's in front of our people and we feel the responsibility that in each game, we have to give absolutely everything to win it. That doesn't change our attitude."

Liverpool are in a good position to progress into the Champions League quarterfinals with a 2-0 lead over RB Leipzig going into the second leg of their round-of-16 clash on Wednesday.

Klopp also said that Liverpool's season cannot be compared to his final campaign at Borussia Dortmund in 2014-15.

After winning back-to-back Bundesliga titles and reaching a Champions League final, Klopp's Dortmund endured a tough start and found themselves in the relegation zone at the midway point of the season before turning things around to finish in seventh place.

"It's not even close," Klopp added. "The situation at Dortmund, from an injury point of view, was not half as bad as it was here and we had much less points after the first part of the season."

"It's not that easy where you have a situation like I had seven or eight years ago and I just take out a book where I wrote all the notes and have a look and say that's what we can do.