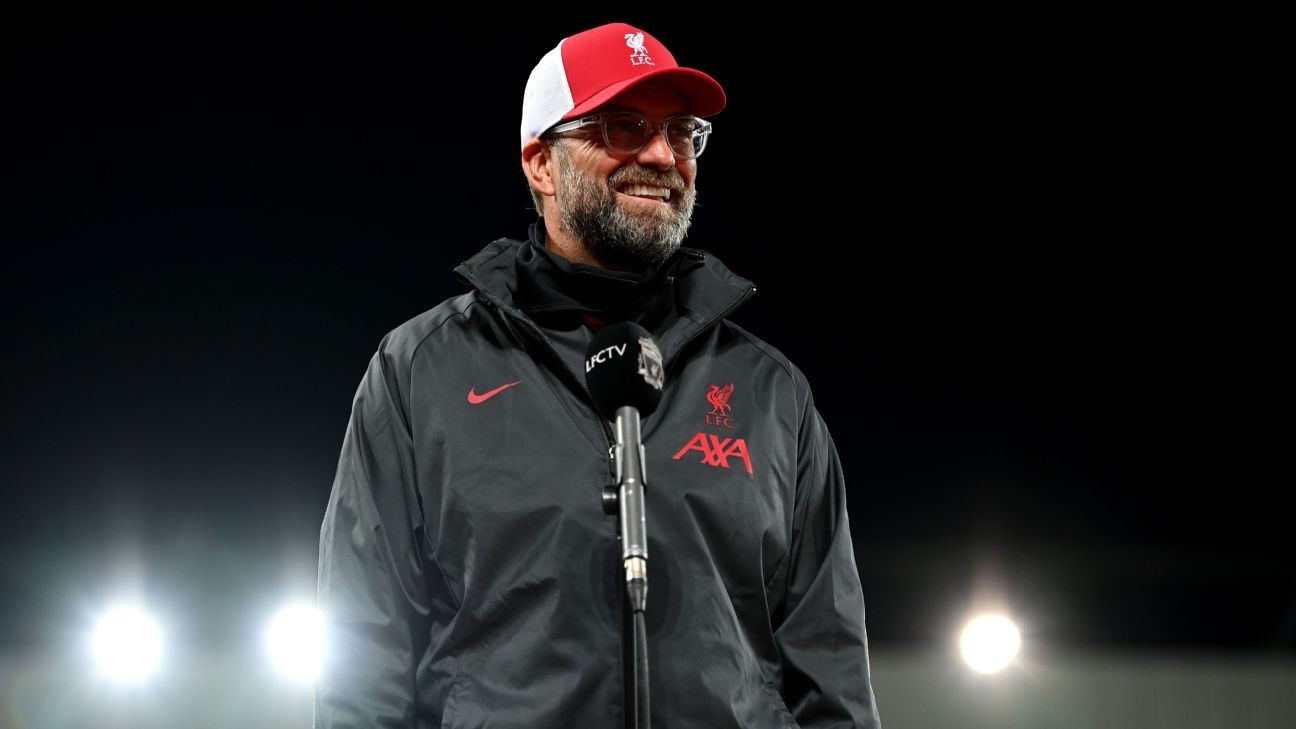 Sources told ESPN on Thursday that Liverpool have sealed a deal worth an initial £20 million to sign Thiago. The midfielder is set to sign a four-year contract at Anfield and will wear the No. 6 shirt.

"There's nothing really to say," Klopp told a news conference ahead of the Premier League fixture against Chelsea. "It's not official until it's announced and I'm not an announcer.

"It looks quite promising. My hands are tied pretty much. It might be useful for fans to look at LFC channels over today."

Thiago confirmed his departure from the Champions League winners on Friday with a Twitter post which read: "Yes, I've made the most difficult decision of my sporting career.

"I will close this chapter in this wonderful club, the club where I grew and developed myself as a player during the last seven years.

"Victories, success, joyful moments and some hard times as well. But what I am most proud of is having arrived in Munich being a young man full of dreams full of dreams and leaving completely fulfilled and identified with a club, a history, a philosophy, a language and a culture.

"With you, my Bayern family who treated me so well and loved me every second.

"My decision is purely sports related. As a football player, I want and I need new challenges in order to develop myself as I did here.

"Bayern will always be my home. Thank you, FC Bayern."