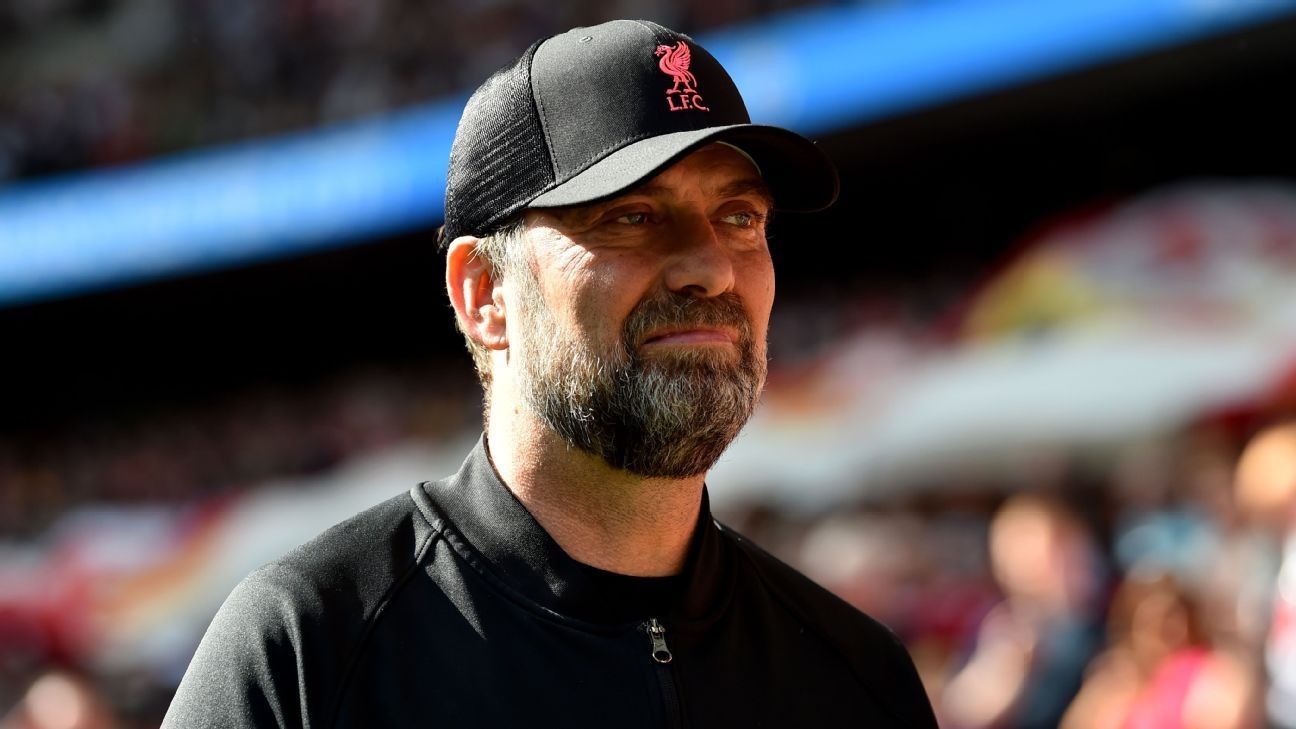 Liverpool manager Jurgen Klopp said he had turned down Bundesliga champions Bayern Munich "a few times" to stay at Anfield and urged his side to "enjoy the journey" as they keep up their quadruple chase against Chelsea in the FA Cup final on Saturday. (11.45 a.m. ET, stream live on ESPN+, U.S. only)

Liverpool won the League Cup in February. They trail Premier League leaders Manchester City by three points with two games to go, and they will face Real Madrid in the Champions League final in a fortnight.

Asked about the challenges the side face, Klopp told reporters at Liverpool's training ground on Friday: "Which club should I go to, to have a different situation? I could have gone to Bayern a few times, I could have won more titles in my life, pretty sure I would say -- I didn't do it."

"I had a contract here... and that's completely fine. The world is not full of winners, the world is full of triers hopefully. And I try and sometimes I win with some other people together. I am happy with that."

Liverpool are aiming to win the FA Cup for the first time since 2006, having lost to Chelsea in their last final appearance a decade ago.

"It would mean the world to us, that's the truth," Klopp, who signed a new contract last month that will keep him at the club until 2026, said.

He added that they were desperate for FA Cup success but they would savour a remarkable season even if they lose.

"If we are only happy when we are winning in the end, whenever your race finishes, what life would that be?" he said. "When I say 'Enjoy the journey,' I mean it. Enjoy the journey because there have been so many great moments already."