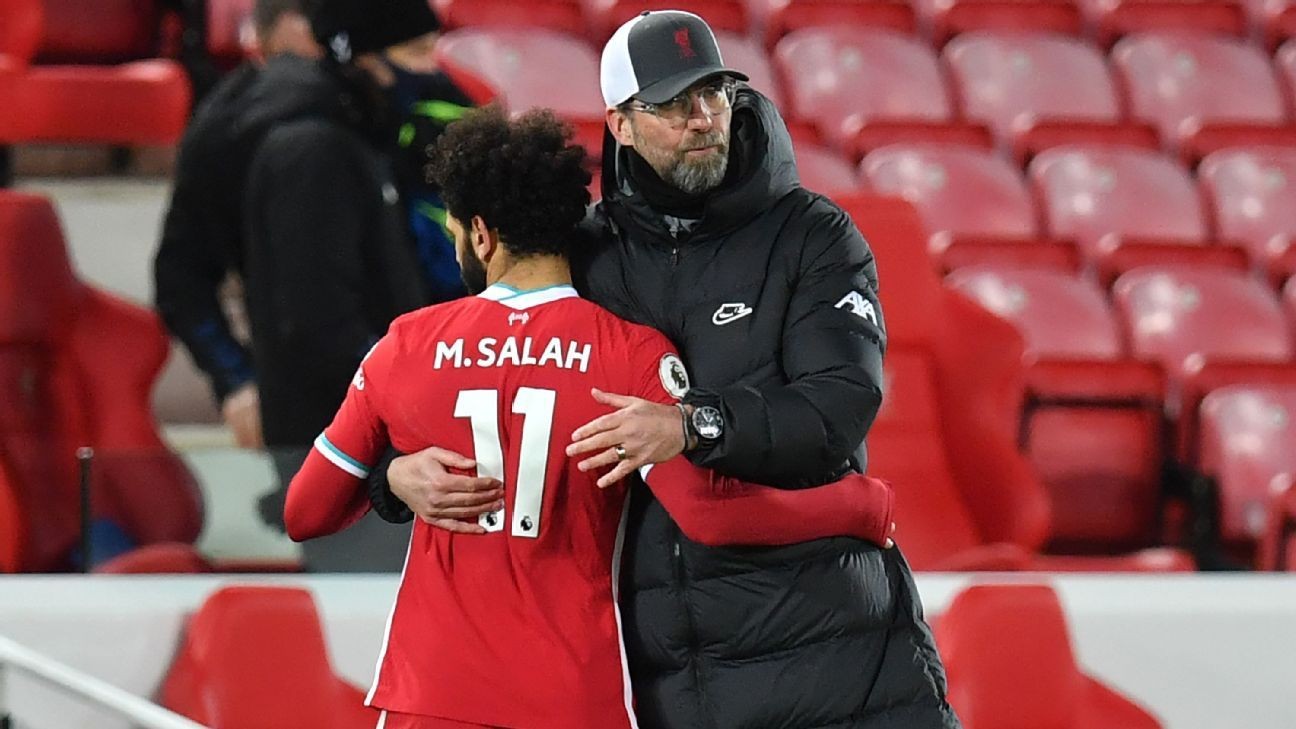 Liverpool coach Jurgen Klopp has praised the in-form Mohamed Salah but refused to be drawn on progress regarding the forward's contract renewal at the club.

Salah has scored 10 goal in 10 matches in all competitions this season and Klopp confirmed in August that the club had begun discussions on a contract extension with him.

The Egypt international's contract with Liverpool runs until summer 2023.

Salah, who equalled Didier Drogba's record as highest African goalscorer in the Premier League against Watford on Saturday, has also been nominated for the Ballon d'Or but Klopp was unsure about his chances against Cristiano Ronaldo, Lionel Messi and Robert Lewandowski.

"Ballon d'Or? I have no idea how you win it. Champions League final, most goals, it might be difficult for Mo," Klopp said.

"If it's about performances then he has a chance. Internally he always got the recognition. Outside, I don't know. He has performed for years at a high level for us.

"Whatever you want to write positively about Mo, do it, but let's now focus on Atletico Madrid [whom Liverpool face in the Champions League on Tuesday]."

Liverpool's Mohamed Salah is in contract negotiations with the club. Photo by PAUL ELLIS/POOL/AFP via Getty Images

"We know what Mo is capable of. He has been showing it for a longer period of time," Van Dijk said. "In my opinion, the numbers speak for themselves. [He is] a fantastic player. We have such a great team and players.

"We all have a job to do and Mo knows scoring goals is a big one for him."

Meanwhile, Atletico coach Diego Simeone expects a tough test against Liverpool and expressed his love of their style of play.

"Right now Chelsea, [Manchester City and] Liverpool are all playing fantastically well," Simeone said. "Watching any of them play is a pleasure, at a different rhythm. You love watching Liverpool play, they press high, they're mobile, they're convincing, they go one on one without fear, leaving spaces behind, because they have a great counterattack with fast players.

"The return of Van Dijk gives them a security that maybe last season they didn't have with other players. I see a team with great players, clear ideas, an intense attack, we'll take the game where we think we can hurt them."