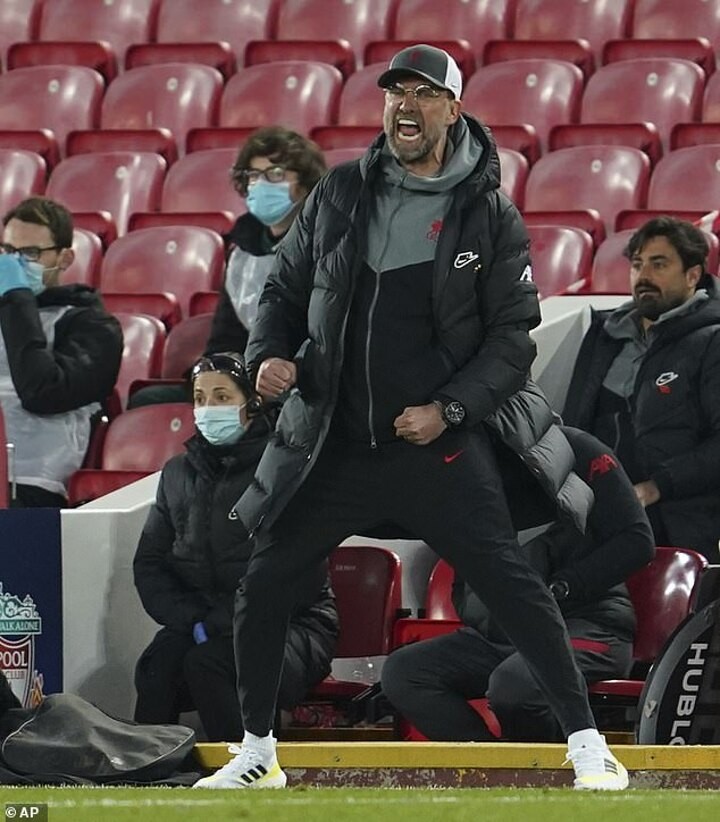 Jurgen Klopp's face was contorted, a mixture of anger and bewilderment. It was lunchtime on Friday, April 6, 2018 and Liverpool’s manager was processing his emotions before embarking on his onslaught.

‘I feel embarrassed,’ Klopp hissed. ‘I don’t have the words. It is idiots in this situation. How can you do that? It is not a little bit funny. You give this opportunity to the people to create something wonderful but the people do not understand the rules.’

Klopp was devastated about the damage that had been inflicted to Manchester City’s coach before the Champions League quarter-final three years ago. He apologised profusely to Pep Guardiola in an attempt to build bridges but some wounds are impossible to repair.

City have never forgotten about that night – particularly the fact that no arrests were made by Merseyside Police. Fast forward three years and another team visiting Anfield for a Champions League quarter-final suffered a similar experience.

A window on their coach was cracked by an object flung from a crowd that had gathered on Anfield Road. It was not an attack on the scale of the one that was unleashed on City’s vehicle but that is not the point. Whoever did it smashed a panel but also shredded a club’s reputation.

This is not an overreaction. It is only ever a minority within a minority but it only takes a match to start an inferno and the publicity the negative publicity that will come Liverpool’s way over this incident will not be quickly forgotten.

Liverpool – as was the case the night of the City game – wasted no time in issuing a statement that said: ‘We condemn unequivocally the actions that led to Real Madrid’s team bus being damaged during its arrival to Anfield this evening.

‘It is totally unacceptable and shameful behaviour of a few individuals. We sincerely apologise to our visitors for any distress caused. We will work together with Merseyside Police to establish the facts and identify those responsible.’

There is no excuse this time. There were not the same kind of crowds outside the stadium as there were the night City came to town, the CCTV footage should not be too hard to decipher. If they are not going to become a laughing stock, Merseyside Police must act.

In a season of wall-to-wall negativity, this was the last thing Liverpool needed to be involved in. And, on that matter, do not underestimate how angry Klopp will be about it all. He is proud to be Liverpool’s manager, has embraced everything about the club’s history and tradition.

What the deadheads are too thick to understand is that Klopp will feel this as if the object was flung directly at him. This was a night he hoped and expected to be all about football. That there is another narrative will hurt him deeply.