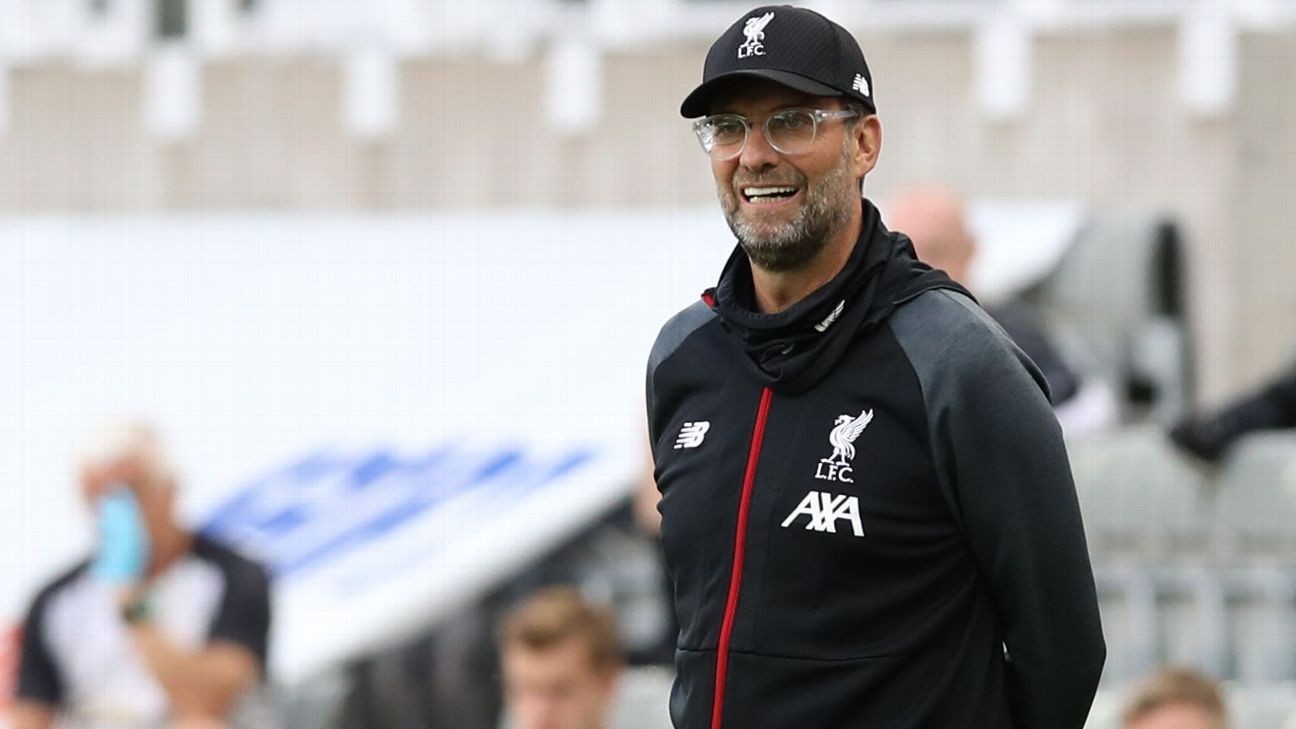 Jurgen Klopp has won the Premier League and Champions League as Liverpool manager. Photo by OWEN HUMPHREYS/POOL/AFP via Getty Images

Liverpool's Jurgen Klopp has been named the Premier League's Manager of the Season after leading Liverpool to their first league title in 30 years and finishing the season 18 points above nearest rivals Manchester City.

Klopp saw off competition from Chelsea's Frank Lampard, Leicester City's Brendan Rodgers and Sheffield United's Chris Wilder to win the award, which came after defender Trent Alexander-Arnold won Young Player of the Season on Friday. Liverpool have three players nominated for Player of the Season, the winner of which will be announced on Sunday.

Liverpool put together a record-equalling run of 18 consecutive wins from October through to Feb. 29 and won every league match at home this season, making it a record 23 on the bounce. They also set a club record of 44 matches without defeat, stretching back to last season.

Liverpool remained top of the table from the second week of the season until the end and only suffered their first defeat in February against Watford.

The only blot on Klopp's year was failing to progress in the Champions League. The 2018-19 winners went out in the round-of-16 against Atletico Madrid on a 4-2 aggregate scoreline.

The 53-year-old joined Liverpool in 2015 from Borussia Dortmund and has helped them win the Premier League, Champions League, UEFA Super Cup and FIFA Club World Cup.