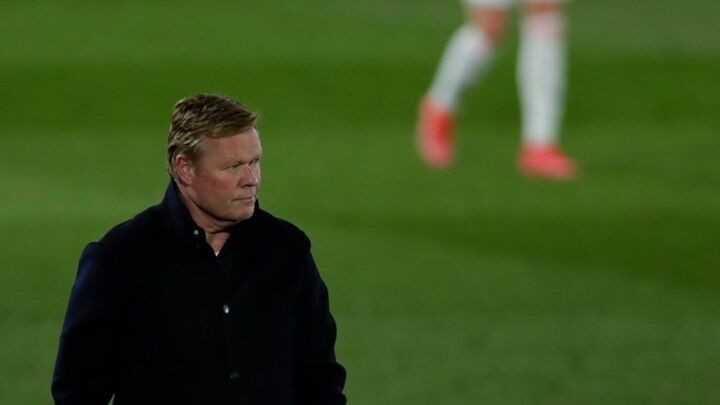 Ronald Koeman was not getting ahead of himself after seeing his Barcelona team pick up their first piece of silverware under his management.

The Blaugrana were 4-0 winners over Athletic Club in the Copa del Rey final, putting them on track for a league and cup double.

"It's a fantastic feeling," Koemen said at full time.

"Getting to the final was difficult, with those extra time games...

"We're very happy and we deserved to win at least one trophy this season. The club deserves it.

"It's a really important trophy for the club in a year of change.

"The team always had faith in winning something.

"It's a happy day for all Barcelona fans. It's a deserved success.

"We've made changes to the team this season, but the players have bought into it.

"I want to credit the team's attitude, especially in the Copa, where we've suffered a lot.

"We were hungry. Now we have one trophy in the bag and we're going to go for a second.

"We will fight for LaLiga until the last day."

Lionel Messi, whose contract is up at the end of the season, proved his worth once more by scoring twice against Athletic.

"He's always on hand," Koeman said of his captain.

"I don't know what will happen [with his future].

"Hopefully this wasn't his last [final].

"Everyone wants him to stay."