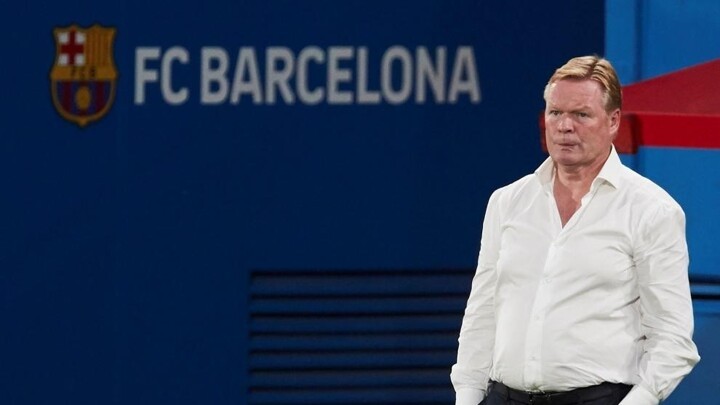 Ronald Koeman has admitted that Barcelona plan to approach Lyon to sign Memphis Depay in January after missing out on him during the summer transfer window. The forward revealed that he'd reached an agreement on personal terms with the Catalan club, but a move never materialised before the deadline.

Koeman had hoped to sign a striker during the summer window after allowing Luis Suarez to leave and, after their pursuit of Lautaro Martinez stalled, Barcelona went after Depay instead.

"That's certainly a possibility, yes," he said in an interview with Dutch publication Algemeen Dagblad.

"But I can't say now what the club's financial situation will be like in January. We'll have to wait and see. It's not up to me, it depends on the club.

"For me, it's just a question of waiting. We wanted Memphis because he's a great player and because he has qualities that, in my opinion, we lack. Especially depth in the attacking play.

"The majority of Barcelona's attacking players want the ball to their feet. Memphis can be used as an outlet, but he's also capable of going in behind.

"He's strong, dynamic and can play as well as a striker or as a left winger."

Koeman offered some more details on why the move for Depay broke down in the summer.

"Of course, I told him about my ideas beforehand," Koeman added.

"To start with, everything was ready, but, due to LaLiga rules, we knew we had to sell a player first. In the end, it didn't happen.

"It's a shame, but Memphis knew what the situation was as well."

Koeman went on to clear up Barcelona's pursuit of Liverpool's Georginio Wijnaldum amid reports the signing depended on Lionel Messi's future at the Camp Nou.

"In my mind, I always assumed that he would stay," Koeman said on Messi.

"If Messi had left, it would've opened up a completely different situation.

"Our interest in Wijnaldum, in any case, was separate from [Messi]. In general, I think our squad could've done with a bit more depth, especially without the ball.

"Gini has great special awareness. He can get into the box fantastically well from the middle of the park. He really could've brought something to the team.

"But the club knew the economic situation. [Wijnaldum]'s position was less of a priority in the end than, for example, a right-back or centre-forward."