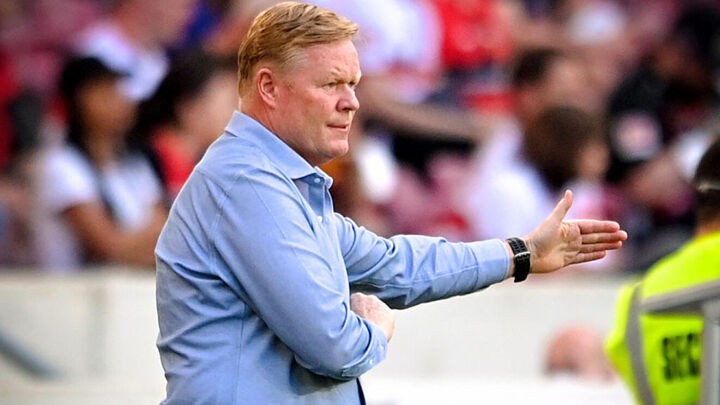 Ronald Koeman is happy with Barcelona's performance in their 3-0 victory over Stuttgart, particularly that of Memphis Depay.

The coach believes that the new arrival brings something unique to the squad, as demonstrated by his piece of play for the Catalan club's opening goal on Saturday evening.

"People know about Memphis because he was at Manchester United and Lyon," Koeman said of his countryman.

"Today, he showed he can score as he scored the first with an individual piece of play.

"With his play, speed and strength, he gives other things to the team.

"His partnership with Antoine Griezmann was very good.

"We have players who can play in different positions in attack.

"We'll also have Sergio Aguero. I hope Leo [Messi] returns too. So, we have quality up front."

The Dutchman also analysed the match in more general terms, speaking about the minutes given to some of the squad's fringe players.

"I'm really very happy about the performance as I think we did well against a team who had done more work in pre-season because they started sooner than we started," he said.

"I think we played well and had good ball possession. We scored two great goals in the first half and, in the second, we controlled the game and had even more chances to score more goals.

"We gave minutes and game time to several players and, overall, it was the standard that we like to show."