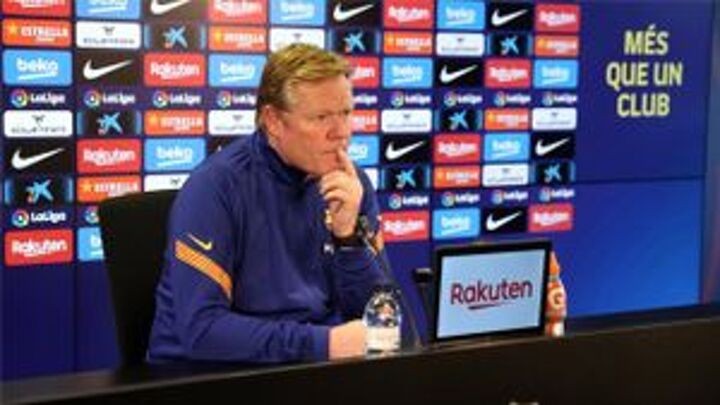 Lionel Messi is back in the Barcelona squad for Wednesday's Copa del Rey game away at Rayo Vallecano -- Barça's eighth consecutive match away from Camp Nou.

Messi, 33, was suspended for the wins over Cornella and Elche but is available again having served his two-game ban for his Supercopa red card.

"Leo is always hungry to play and to win things," Barcelona boss Ronald Koeman of Messi's return. "He's used to winning trophies. He's a winner and wants to play every game."

Messi missed the Supercopa semifinal with an injury but returned for the final defeat to Athletic and Koeman says he's not suffering from any problems.

The Barça coach added: "He had a slight injury before but he is eager to get back in action after his ban. He's fresh and he doesn't have any fitness issues. To win things we need Messi in form."

Barça travel to Rayo with a place in the quarterfinals up for grabs. Their chances of winning the Copa have increased in recent weeks with the elimination of Real Madrid and Atletico Madrid.

"I don't think we have more of a chance because they're out," Koeman added. "As we saw in the Supercopa, there are other very strong teams.

"It could even be an advantage for Atletico and Real because they get more rest. But I prefer to be playing in all three competitions with the chance to win something. We're in it to win it."

As well as Messi, Ilaix Moriba returns to the squad after missing the win over Elche to play for the B team against Olot at the weekend.

Ilaix, 18, made his debut as a starter in last Thursday's Copa del Rey win over Cornella.