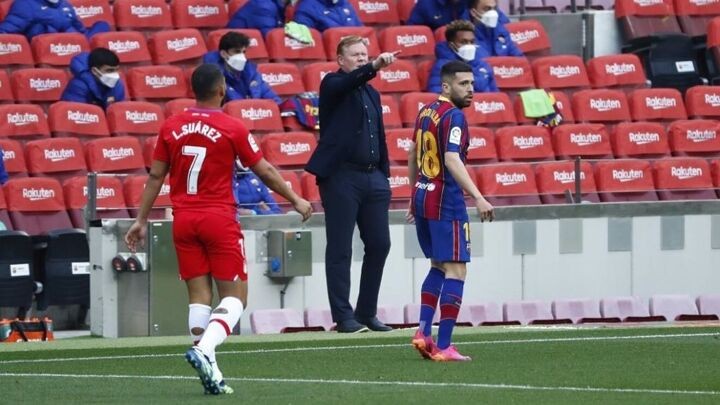 The Spanish Court of Arbitration for Sport (CAS) decided on Friday against revoking Ronald Koeman's sanction and the Dutchman will not be in Barcelona's dugout for Saturday's game against Atletico Madrid.

Koeman was handed a two-game ban after being sent off against Granada and missed out on the match at Mestalla with Valencia.

Barcelona unsuccessfully appealed to the appeals committee before taking the matter to the Court of Arbitration for Sport .

Consequently, Koeman will watch the game from the stands and his assistant Alfred Schreuder will take charge of the team as was also the case at Mestalla.

The Barcelona coach was shown a straight red card in the 66th minute of the match with Granada for addressing the fourth official with the phrase "what a character".