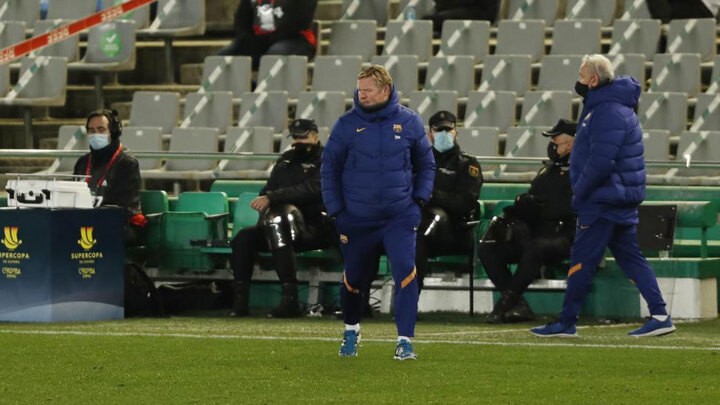 Ronald Koeman hasn't bitten his tongue since he took over as head coach at Barcelona and this Saturday was no exception with the Dutchman openly speaking about how his squad needs bolstering.

He is well aware of the financial difficulty the club is experiencing at the moment due to the pandemic, but also believes that their tough schedule requires some extra players to see them out until the end of the campaign.

In the summer transfer window, he made it known that he wanted both a central defender and a striker to come in and neither of these signings transpired. He is now asking the club again for funds to bring in players before the winter window closes soon.

Last Tuesday he told the club's board and three presidential candidates what he wants.

"You know my position on this," said Koeman.

"I've always said that we need more players, but everything depends on the club's economic situation.

"In this sense it's not me who decides.

"I spoke to them and our opinions are quite similar but if we can't do it, then we just have to accept it and move on.

"There's enough quality in the squad, but if we want to do more then we need to improve.

"We need some more strength in certain positions in the team".

Koeman has been told that he's going to have to wait until the summer to sign Eric Garcia from Manchester City, and he has his fingers crossed that players such as Gerard Pique, Ansu Fati, Philippe Coutinho and Sergi Roberto can return from injury soon.