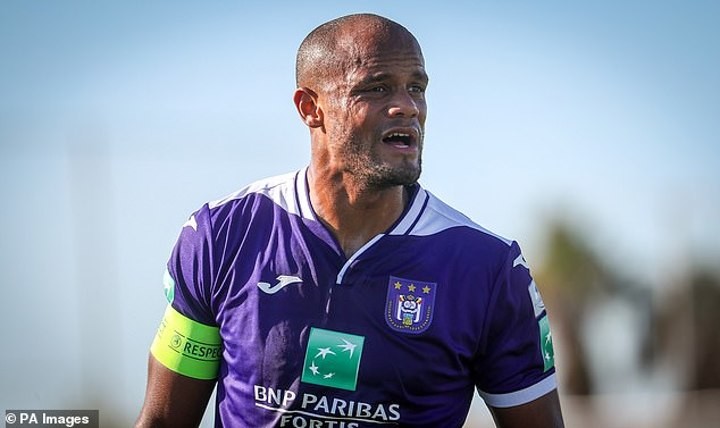 Anderlecht player-manager Vincent Kompany has reportedly offered to pay for players if they do not give up one month of their salaries due to the coronavirus pandemic.

The Belgian outfit have asked players to sacrifice a portion of their pay packets to help the club amid the coronavirus crisis.

But now Kompany has indicated that he will take on the responsibility if players are unable to do so, according to Het Laatste Nieuws.

The former Manchester City captain, who made the move to Belgium last summer, will reportedly pay for his Anderlecht team-mates who can't give up one month's salary.

Earlier on Tuesday, Tottenham chairman Daniel Levy warned manager Jose Mourinho and the club's players 'will have to do their bit' and potentially take pay cuts after 550 non-playing employees were furloughed.

Levy said the club intends to make use of the government's scheme to try and protect jobs with the wage cut applying to the months of April and May.

But he warned the Spurs players and management they will be expected to make sacrifices as well to ride the storm.

They are the second top-flight club to place staff on furlough after Newcastle did likewise on Monday, saying they will apply to the government's coronavirus job retention scheme.