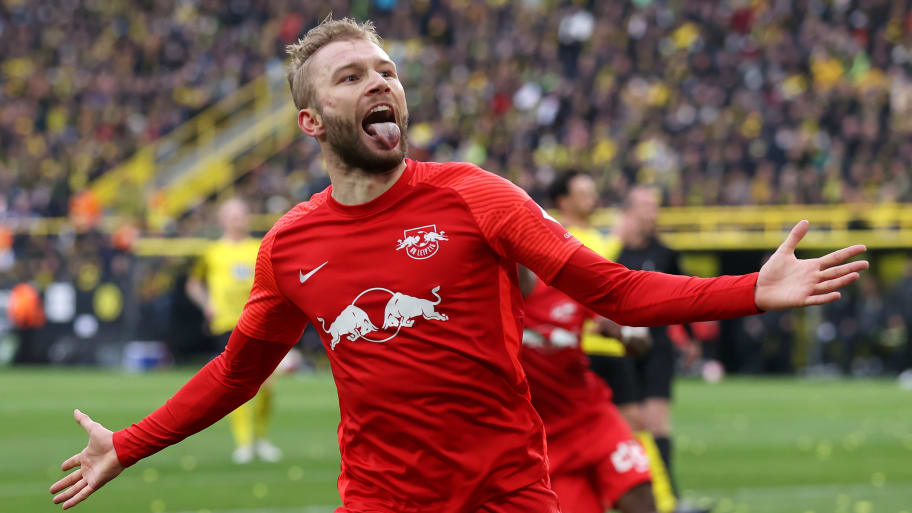 RB Leipzig midfielder Konrad Laimer has rejected the offer of a new contract with the club and is keen to join Bayern Munich rather than Manchester United, 90min understands.

Laimer hugely impressed in 2021/22 as Leipzig won the DFB Pokal, their first ever major trophy, and once again qualified for the Champions League.

The Austrian’s current contract is due to expire next summer, with his refusal to sign a new deal leaving Leipzig at risk of losing a sellable asset for nothing if they do not act now.

Laimer was on the radar of Man Utd, who are keen on strengthening the centre of their midfield after releasing Paul Pogba and Nemanja Matic.

But the 25-year-old has his heart set on a move to Bayern instead, where coach Julian Nagelsmann is pushing hard to make it happen – Laimer previously played under Nagelsmann for two years at Leipzig before the manager was poached by Bayern last summer.

Meanwhile, Christopher Nkunku has signed a new contact with Leipzig until 2026, which features a release clause that will become active next summer.

Manchester United and Chelsea had both enquired about the suddenly prolific Frenchman, while Paris Saint-Germain were very keen on re-signing the player they sold to Leipzig in 2019.

This article was originally published on 90min as Konrad Laimer has sights set on Bayern Munich move over Man Utd.