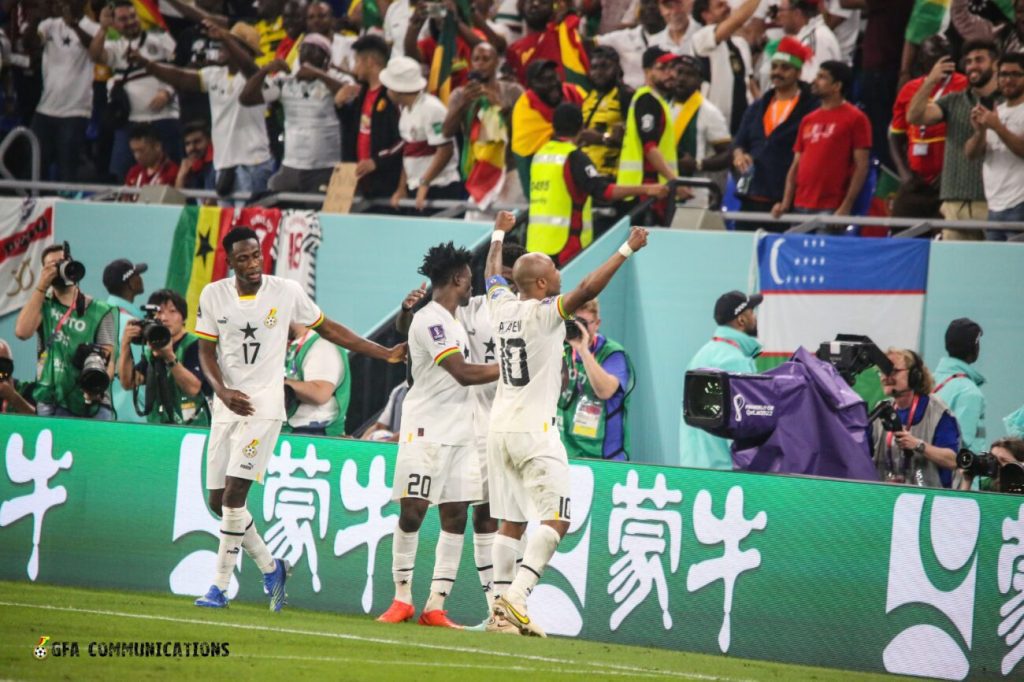 The 2022 World Cup is in full swing and we have already seen some memorable moments and shock results in the competition. The Korean Republic started their campaign with a stalemate 0-0 against Uruguay. A result which still keeps them very much alive in the competition. Focus now shifts to the second of three group games as they take on Ghana.

This will be the first time the two teams met each other in the FIFA World Cup with numerous friendlies in the past. Michael Redmond takes a look at Korea's opponents for game two in Group H.

The Rise of the Black Stars

A team with a lot of history, on the international stage. This will be only their fourth appearance in the FIFA World Cup finals. It was only back in 2006 when Ghana made their first appearance, where they fell in the round of 16 to Brazil 3-0.

Their best performance came next in 2010 in South Africa. It was the first FIFA World Cup in the continent of Africa, and they made it to the quarter-final. Six African teams made their way to the finals, and it was Ghana who went the furthest. Unfortunately for the Black Stars, it was a penalty shootout heartbreak against fellow group H competition, Uruguay which ended their dream.

2014 brought their third and final FIFA World Cup appearance, after missing out on qualifying in 2018. The 2014 edition was one to forget for Ghana. They finished 4th in the group and managed to claim only one point in the competition. That point did come in a 2-2 draw against eventual champions Germany, but Ghana will hope to not replicate that performance in 2022.

Although Ghana have not seen a lot of success in the FIFA World Cup, they have won the African Cup of Nations four times, with the last title coming in 1982.

How Did They Get There?

Ghana came into the CAF qualifiers in the second round. They played in a four-team group against South Africa, Ethiopia, and Zimbabwe. After the six games, Ghana ended with four wins, one draw, and one loss. Ending the qualifier on 13 points. Ghana matched South Africa on points and goal difference. Due to FIFA regulations, Ghana went through as they scored one more goal than South Africa. Ghana scored seven and South Africa scored 6.

Ghana managed to qualify for the third round simply down to one more goal scored. South Africa went out. In the third round, Ghana met with Nigeria. It was a two-legged affair with the first game being played in Ghana. The game ended in a 0-0 stalemate.

Four days later the Black Stars travelled to Nigeria. There they drew once more, 1-1. However, this time, due to the away goals rule. Ghana found themselves on the way to the FIFA World Cup.

Head to Head Against the Korean Republic

Although South Korea have never played Ghana in the FIFA World Cup. They have met each other eight times in international friendlies and other competitions.

The current record between the two teams is eight games with four wins for Korea and four wins for Ghana. Some noticeable games include the 1997 Korean Cup where Korea beat the Black Stars 3-0 to lift the trophy.

The last time the two sides met was back in 2014 when Ghana ran out 4-0 winners. The game included a hat trick from Jordan Ayew who is still going strong for the side.

Noticeable Players Ghana will be bringing a stacked squad to the FIFA World Cup, with the majority of the team being made up of European football club players. Captain André Ayew will look to make his 110th appearance for Ghana, becoming their all-time most-capped player. He currently sits tied with Asamoah Gyan on 109 caps.

Ghana will be bringing several players who are in the Premier League, with five in total. Baba Rahman from Reading and Antoine Semenyo from Bristol Rovers will represent the Championship. In midfield, Ghana brings in Thomas Partey from Arsenal, who go into the FIFA World Cup top of the premier league.

Upfront sees Jordan Ayew who has already scored some goals against Korea. Jordan Ayew sits on 20 goals for the national team. Fans will be aware of Jordan Ayew from his performances in Crystal Palace.

Unlike Uruguay, Ghana do not have a lot of options to gain their goals, with André Ayew, Jordan Ayew, and Thomas Partey the only players in the call-up with over ten goals.

Korea will go into this game with a bit of confidence, after their draw against Uruguay in their first game.

Ghana will be looking to dust off the cobwebs of a narrow defeat against Portugal.

Ghana will provide a new test for Korea. It is a side that they are not too aware of. Ghana came to the FIFA World Cup doing just about enough, now more will need to be done if they are to compete against a seasonal world cup finalist such as Korea.

This game could really bring it down to the last game of the group against Portugal to qualifiy for the last 16. It could also be the game which bring Korea's World Cup hopes to an end.