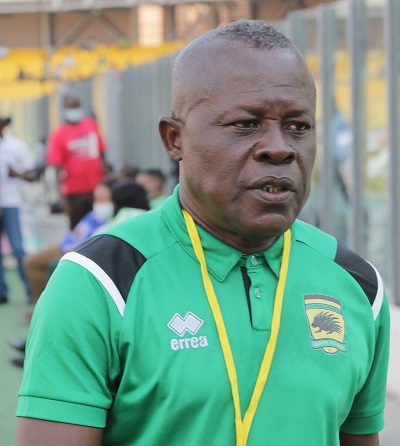 Assistant coach of Asante Kotoko, Johnson Smith insists he will only work with four players in the current squad if he is made permanent coach.

The Porcupine Warriors ended the season trophyless, raising questions about the quality of players.

Head coach Mariano Barreto has been in the media in the last few days ranting about the team and the management of the club.

He even criticised the club for signing Brazilian forward Michael Vinicius.

His deputy, Johnson Smith believes the players are not up to the standard of Asante Kotoko.

"If am to be allowed to do my own recruitment and accessment with this current Kotoko team, only four (4) of the current players excluding the goalkeepers will stay," he said on Westgold FM.

Asante Kotoko finished second in the Ghana Premier League and were knocked out of the MTN FA Cup by Berekum Chelsea in the quarter finals.