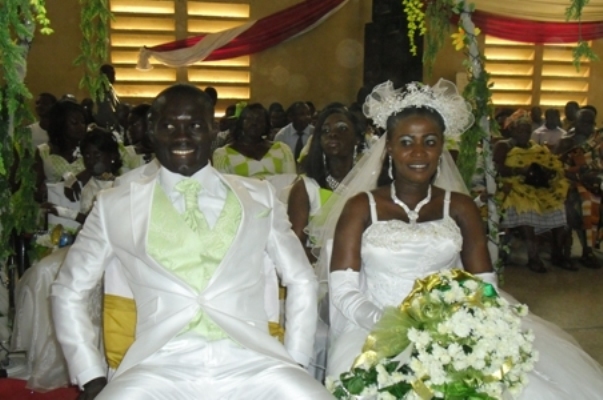 The ceremony which took place at the Lighthouse Assemblies of God Church in Asawasi saw in attendance several officials, past and present players of the club in attendanceÂ as well as some members of rival camp; Hearts of Oak.

The marriage which was blessed by Rev. Kwame Appiah Kubi drew the largest congregation of the year in the church that underwent a massive facelift which was financed by ex Ghana defender Sammy Osei-Kuffour in 2004.

Brenya, 26, who is also a royal of the Ashanti Kingdom was adjudged a lucky charm for the Kotoko team during pre-season games where he captained the side to win important matches including one against Hearts of Oak.

The players thus resolved to maintain the defender as their captain instead of Soulama Abdoulaye who deputizes for now out of favour goalkeeper Isaac Amoako.