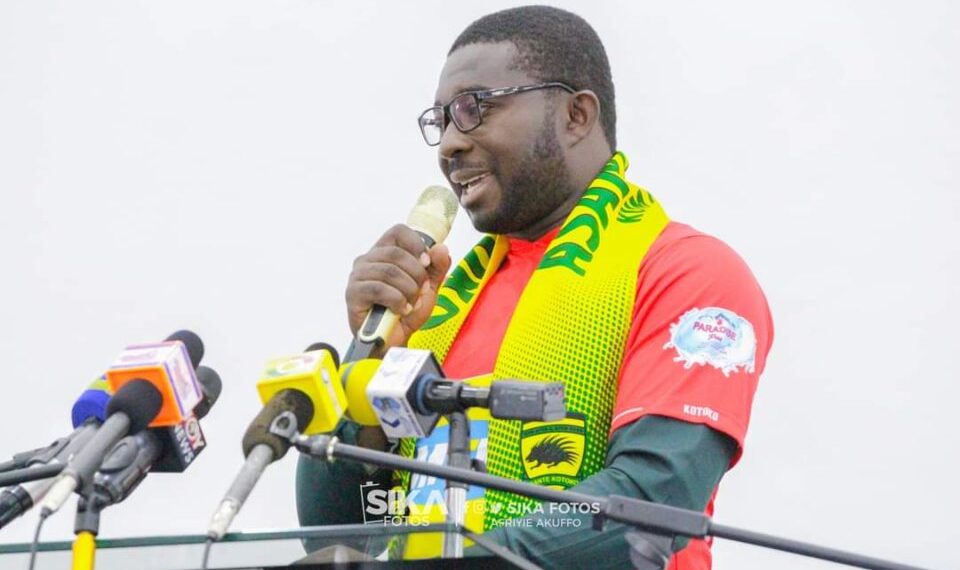 Asante Kotoko chief executive Nana Yaw Amponsah has been given a 5-day ultimatum to cough USD $15,000 to a football agency for their share of the transfer fee of former Medeama striker Nathaniel Asamoah to Raja Casablanca five years ago.

The former Phar Rangers president is facing massive integrity crisis after being accused of pocketing GH C120,000 paid to him by the Tarkwa-based side for his share of the transfer fee of the former Asante Kotoko striker.

Medeama paid GH C60,000 in two tranches to the former  Amponsah- who is a former FIFA intermediary for his share of the transfer fee.

But controversy has been sparked after a football agency claimed they are entitled to USD $15,000 from the money given to  the Asante Kotoko chief in 2019.

However, the agency challenging the payment of the commission to Nana Yaw Amponsah have vowed to drag him to court for failing to comply with the payment structure within 5-days.

Percy Allotey has asked the Asante Kotoko chief executive to respect the contract between the two parties or risk a showdown in court.

“Our agency teamed up with Nana Yaw Amponsah in the transfer of Nathaniel Ohene Asamoah from Medeama sc to Raja Casablanca in the year 2015 and per the agreement, we have a difference of $15,000 to be paid to us by Medeama SC. After consulting Medeama SC we learnt they have given the money to Nana Yaw Amponsah,” Allotey told Kumasi-based Fox FM