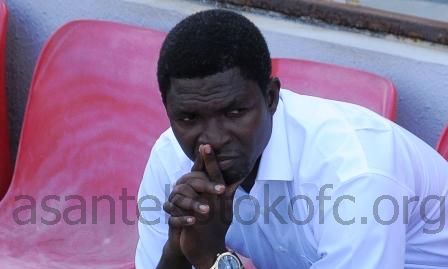 Asante Kotoko coach Maxell Konadu says his team will not get complacent after going six-point clear in the Ghana Premier League.

The Porcupine Warriors continued their fine form in the second half of the season with a hard fought 2-0 win over Liberty Professionals on Sunday.

Kotoko's position was aided by Hearts of Oak's 0-0 draw with bottom-club Bechem United at home on Sunday night.

Konadu, a former striker at the club, wants his troops to tread with caution in the remaining matches.

''We're happy with how things are going so far but there are lots of difficult games ahead and so weâ€™re not getting swollen headed at all," Konadu said.

''Weâ€™re only interested in what we will be able to achieve in every game and thatâ€™s where our concentration is at the moment.

''Of course we're happy with our position but we won't be carried away.''

Kotoko face a stern test at Aduana Stars on Wednesday.