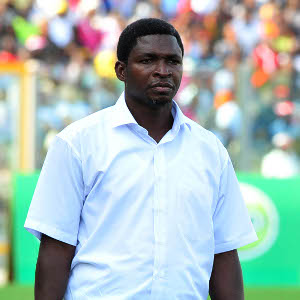 Asante Kotoko coach Maxwell Konadu has been handed a two-match ban by the Premier League Board, GHANAsoccernet.com understands.

The suspension was upheld following a recommendation cited in the referee's report in the Week 20 game against Berekum Chelsea.

Konadu was said to have protested in fury against officiating during the game where he is alleged to have usedÂ unprintableÂ words.

His excessive complaints incurred an immediate sending off into the stands at Berekum.

Kotoko who are yet toÂ receiveÂ official notification of this decision say the ruling will be thoroughly studied upon which the next line of action will be determined.

"We have been alerted of this decision but yet toÂ receiveÂ official correspondence to that effect," the club's spokesman Listowell Bukarson told GHANAsoccernet.com.

"We will be studying the ruling uponÂ receivingÂ it to know how theÂ decisionÂ was arrived at before deciding whether to appeal or not."

The suspension according to sources is to take immediate effect - meaning the ex Ghana international will return in time when the league leaders host Hearts of Oak in the big Ghanaian derby on April 15.