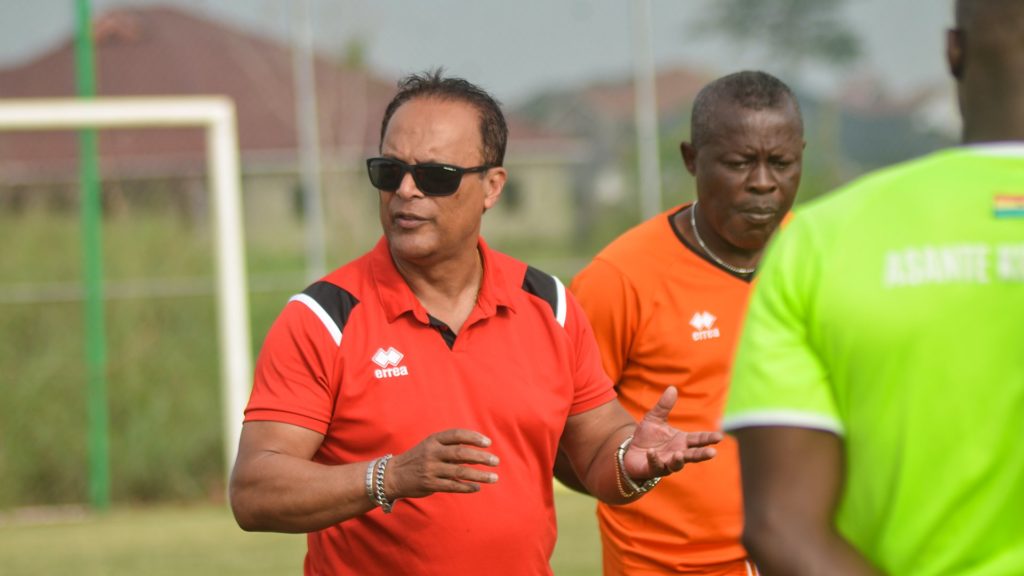 Asante Kotoko coach Mariano Barreto is hopeful of a positive result in their outstanding Ghana Premier League game against Bechem United on Wednesday.

The Porcupine Warriors hosts the Hunters at the Obuasi Len Clay Park this afternoon in the rescheduled clash. The match which was suppose to take place on February 25 had to be moved to April 7 after a heavy rainfall in Accra on the original date.

Ahead of the clash of the third and seventh places in the Ghana Premier League, Barreto insists they respect Bechem United but have an eye for top place in the league.

"The most important this now is not looking at the others. Bechem United are performing well and are behind us, but it doesn't mean it's an easy match. It means we must respect them but then must follow our target because we have to look at the top position," he said in a pre-match interview.

"There will be some changes in our game against Bechem United and I hope the changes can help," he added.

The former Ghana coach was named coach of Kotoko just before the start of the second round, but will be on the bench for the first time today due to delay in acquiring his work permit.

The Portuguese trainer watched the Reds settle for a point in Techiman against Eeven Wonders last Saturday.