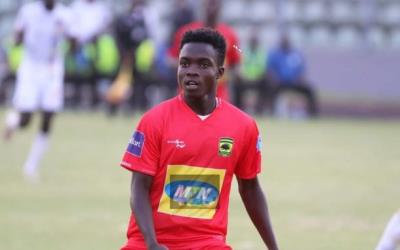 The 16-year old climbed off the bench to inspire the Porcupine Warriors to a 2-0 victory against a resilient Dwarfs at the Baba Yara Sports Stadium.

Konadu insists the talented winger is unfazed by the pressure in the Ghana Premier League and he is ready for the challenge.

"I think he is ready," he said after the game."Brazil has been doing it, most of the countries have been doing it at even the world cup stage.

"I think when you see such a talent and you let it go, that won't be fair to Ghanaians," he added.

"With the talent he has, we need to encourage him and not to rush him but gradually he is picking so let's wait. We are not saying he is the one to change everything for Kotoko but with time but with time he can only get better."

Asante Kotoko bounced back from two defeats to record an important win before their trip to Accra to play Hearts of Oak next Sunday.