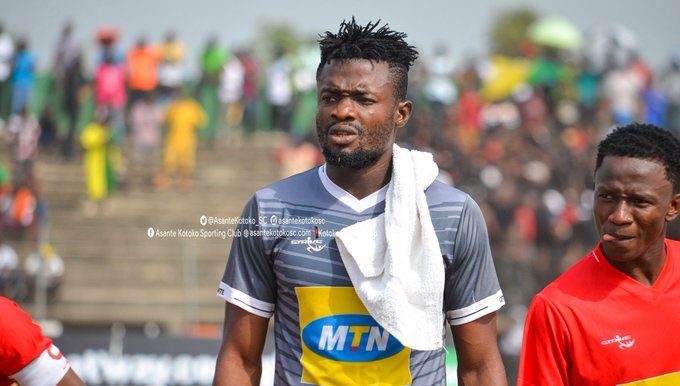 Asante Kotoko gaffer Maxwell Konadu will be keeping faith in goalkeeper Kwame Baah as his number one shot-stopper despite captain Felix Annan's vows to wrestle back the position from the former Inter Allies goalie.

The position has been the most competed for at the Kumasi based club since Maxwell Konadu decided to replace Felix Annan with Kwame Baah as number one.  Dan Lad Ibrahim and Osei Kwame are the other two goalkeepers fighting for the same position.

Few weeks ago, the club captain revealed he is working hard to make the position his again, having lost it when he asked for time off to marry long-time girlfriend.

His place between the sticks some twelve months ago was undisputed, but the numbers churned out by his deputy convinces Maxwell Konadu to stick with Baah.

“When you go to Liverpool Alisson was injured. Adrian started the season and Liverpool won all the games he played. He kept clean sheets but when Alisson came back he went to play ahead of Adrian. But here in this country people see things differently. Maybe some people believe in “juju” or something and that if this keeper keeps clean sheets he should play” Felix Annan stated in defense of why he should be number one on a German radio station.

Felix Annan's situation is quite precarious with the stats in favour of Kwame Baah.

Meanwhile, Baah has kept six clean sheets in ten games, and went on to wow fans with impressive displays against fierce rivals Hearts of Oak and was the star man against Elmina Sharks, who were the better side when they faced the Porcupine Warriors.

Felix Annan's situation became worse when he conceded twice as the Porcupine Warriors were bundled out of the FA Cup at the round of 64.

It is every coach's dilemma to bench their captain but Konadu looks unperturbed and will prefer Baah as number one.